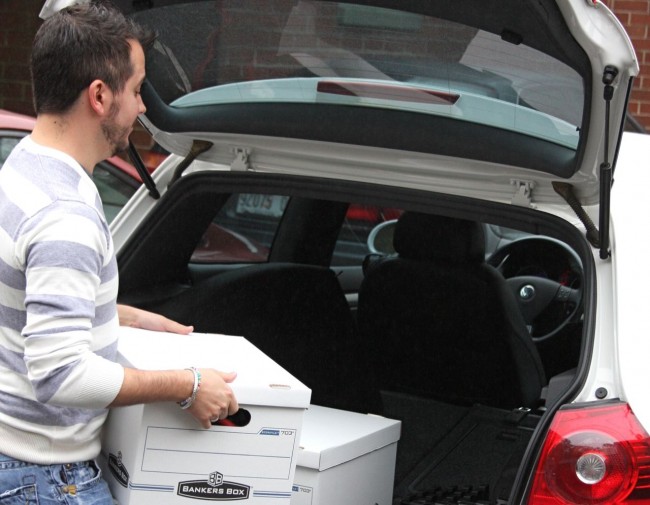 The collapse last week of the nation’s largest publisher of gay newspapers–including Southern Voice and David magazine–came amid more than $15.35 million in debt that touched all facets of its business.

Window Media and Unite Media, companies with weekly publications in three cities including Atlanta, abruptly shut down before daybreak Nov. 16, ending more than a year in receivership with the Small Business Administration. Employees at Southern Voice and David magazine arrived at their offices Monday morning to find the locks changed and a note announcing the closure taped to the front door.

But the companies, which also owned the Washington Blade, South Florida Blade and 411 magazine, suffered from mounting debt that includes unpaid payroll taxes, rent, printing and distribution, health insurance and freelancers, according to petitions filed Friday in U.S. Bankruptcy Court of the Northern District of Georgia.

The 94-page filing from Window and the 48-page filing from Unite offer details of two companies that faced severe financial struggles. Window lists claims of nearly $7.85 million to 277 secured and unsecured creditors, while Unite’s claims include $7.5 million to 126 creditors. Combined, the companies owe $1.04 million in payroll and other taxes to federal, state and local agencies; $418,189 to printers in several states; $168,109 in rent in Atlanta, Fort Lauderdale and Washington, D.C.; $71,798 to distributors of the former publications; and $4,500 to two companies providing health insurance.

Both companies filed for Chapter 7 bankruptcy, which means liquidating any assets with proceeds going to creditors after administrative expenses are paid. But vendors and former employees, some of whom weren’t paid for four weeks when the companies closed, likely won’t see proceeds from the bankruptcy. The companies say in the filings that they estimate there will be no funds to pay unsecured creditors after bankruptcy.

The cases receive their first hearing before Chief Judge Mary Grace Diehl in Atlanta on Dec. 7.

Avalon first in line among creditors

Avalon is the venture capital fund that owned Window and Unite, investing more than $7 million in SBA funds into the publishers that the federal agency says it has no hopes of recovering. The relationship between the gay publishers and Avalon dates to 2001, when the firm invested in Window to help it purchase the Washington Blade and the New York Blade, which closed earlier this year.

Overall, Avalon received $39 million in SBA funds since 2000 but was placed in receivership in August 2008 after the SBA sued, claiming Avalon ran afoul of guidelines for the amount of private capital required in the fund.

The bankruptcy petitions were signed by Window and Unite co-publishers Steve Myers and Mike Kitchens. On Wednesday, Myers and Kitchens joined employees in Atlanta for an emotional meeting about the collapse and to allow them to clean out their offices. Myers issued a statement but declined to answer questions about the shutdown of the companies.

“As far as the circumstances that have led to the operations of Window and Unite Media to being closed down, I can’t speak to that. Unfortunately, the closing of the company was a circumstance we could not control.

We wish we could have been in each market to talk to the employees on Monday and not surprise them with the notice that was posted. However, as former officers and employees of the companies, our fiduciary duty required us to secure all assets. Unfortunately there were only two of us and three offices.

We cannot answer any logistical questions at this time. We can only wish the best for every employee and for the community in general and hope that the voice that the community has relied on for so many years will not be quieted for very long.”

As the news of the closings surfaced Nov. 16, reaction among readers in Atlanta ranged from shock to sadness.

The company struggled with paying freelancers and those financial difficulties later impacted its fulltime employees. Earlier this year, paychecks were often delayed a week or more and payments were staggered among employees. Former employees said Wednesday they did not receive their last paycheck, which was due two days earlier. They expect to lose up to four weeks of pay. Scores of freelancers are also owed thousands of dollars, according to the bankruptcy filings. Three freelance photographers in two states are owed more than $12,000.

The publications suffered from a steep decline in advertising that showed in a shrinking number of pages in each issue, the fallout from the federal receivership and a revolving door in its executive leadership.

The company lost its CEO in early July among speculation he was forced out by the Small Business Administration. In April, the Southern Voice and David publisher left after a few months, and the paper had four publishers in about two years. The executive that hired that publisher in 2008 later quit the company, too, but only after folding its national gay glossy Genre.

News broke in February that the company had been in federal receivership since August 2008. Avalon was sued by the SBA and faced the proposition that the agency would sell media assets as it dissolved the company.

Southern Voice and David join other casualties among Atlanta’s LGBT media offerings. Labrys, a five-year-old Atlanta-based publication for lesbians, ended its monthly print edition earlier this year and shifted to a redesigned website.