Southern Baptists remind us they hate the gays 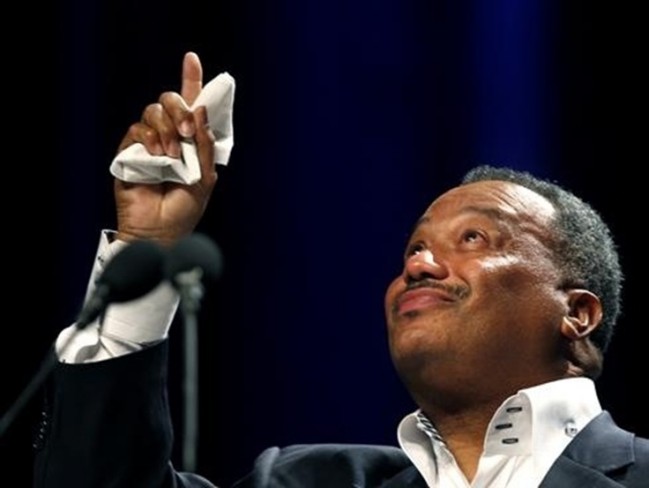 What do you do if you just made history by electing your first African-American president? If you’re Southern Baptists, you mar efforts to erase a legacy of hatred against blacks by launching a new one against the gays.

The nation’s largest Protestant denomination, meeting in New Orleans for its annual hate rally, elected Fred Luter as their new leader. He’s the first black leader in the group’s 167-year history of hate. And Southern Baptists made the move just a quick 17 years after apologizing for their crappy treatment of blacks for 150 years.

How do follow up such a progressive move? By demonstrating you’re really not that progressive.

Thousands of delegates at the denomination’s annual meeting in New Orleans on Wednesday were nearly unanimous in their support for the resolution that affirms their belief that marriage is “the exclusive union of one man and one woman” and that “all sexual behavior outside of marriage is sinful.”

The resolution acknowledges that gays and lesbians sometimes experience “unique struggles” but declares that they lack the “distinguishing features of classes entitled to special protections.”

“It is regrettable that homosexual rights activists and those who are promoting the recognition of ‘same-sex marriage’ have misappropriated the rhetoric of the Civil Rights Movement,” the resolution states.

Wait. They aren’t quite done.

Another resolution passed on Wednesday is intended to protect religious liberty. It includes a call for the U.S. Justice Department to cease efforts to overturn the Defense of Marriage Act and for the Obama administration to ensure that military personnel and chaplains can freely express their religious convictions about homosexuality.

But please don’t confuse Southern Baptists with gay-bashing bigots. They stand firm against “hateful rhetoric.” You know, except for all of those “regrettable homosexual activists.”

So much for Bryant Wright, the metro Atlanta preacher and quippy radio host who helmed the Southern Baptists for two years. He’s no Pride-waving lover of the gays. But Wright did break bread in a first-ever meeting between Southern Baptists and religious LGBT activists last year.

But the denomination’s actions this week mean we can expect little more of the tolerance Wright espoused in his meeting last year.

Wright told an 18-year-old member of the group who had been rejected by his father, a Southern Baptist music minister, that the boy’s father was wrong.

Ben Alley, 18, of Marshalltown, Iowa, was introduced to Wright in the meeting as someone who would not be spending this coming Father’s Day with his family because his father had rejected him because of his sexual orientation.

“I want to tell you your father was wrong,” Wright told Alley.