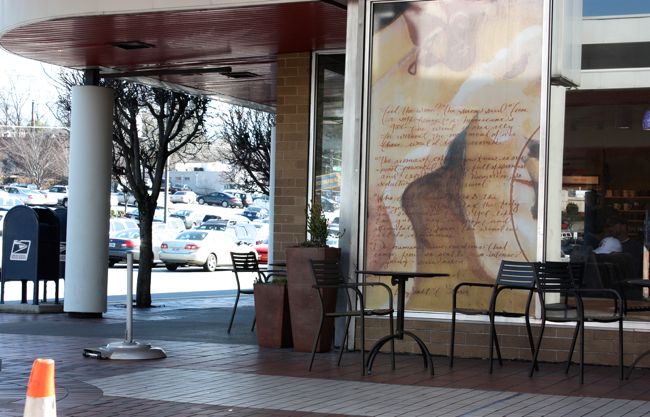 With gay Atlanta bars pushing smokers out, where's a gay supposed to go for a few puffs? Starbucks, right? The outdoor area of the coffee chain at Ansley Mall is a haven for bears who smoke. Not any more.

Beginning Saturday, the more than 7,000 cafes owned and operated by Starbucks Corp., will expand its indoor no-smoking policy to outdoor seating areas. Think of it as a 25-foot smoke-free buffer bubble around each one. You'll no longer be able to lounge outside the gay-popular Starbucks in Ansley while puffing away. And those healthy queens heading to LA Fitness -- the ones you're cruising through your sunglasses -- will no longer have to walk the hazy gauntlet into the gym.

Starbucks spokeswoman Jaime Lynn Riley says the intent is to expand the indoor no-smoking policy to the outdoor seating areas.

"If there were any concerns, we would hope to resolve it amicably." Riley said, referring to a customer who might be smoking within the restricted area.

The move by the fancy coffee chain follows several gay bars that have banned indoor smoking or severely limited it. The latest was Burkhart's, which snuffed out smoking last week. Eagle put smokers out on its decks in April. Heretic limited smoking to its Pub Bar and deck in March, My Sister's Room started in mid-March and Mary's snuffed out smoking indoors on April 1.