Now something different for your Saturday

An afternoon pub crawl is a rarity in its own right for gay Atlanta, but that’s just one of the fresh or special events set for Saturday that will shake up old ideas for a new time in the old town.

In addition to Project Q’s long list of regular Saturday parties in the LGBT-ATL, Saturday, March 13, has turned into something extra special. Internationally renowned DJ Sin Morera visits Jungle for a one-night only engagement, local hottie Jay McCracken brings the sexy to Heretic for the debut of a new weekly event, and Saturday afternoon will find a mass of gays strolling the streets of Midtown getting increasingly drunk. 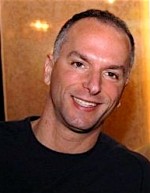 A scheduled meeting between Bud Light and straight party promoters Trendsetting Productions became the freshest idea to hit gay Atlanta in a while now.

Apparently, Bud Light has gay dollars to spend, but the Trendsetting boys, who regularly throw and promote local parties for the heteros, knew they were out of their depth on reaching the right potential revelers in the gay world.

Enter Chris Coleman Enterprises, the gay promoter responsible for the recent Blur parties at Halo, Two For One gay night at Nonna Mia, the upcoming Vision weekly Friday parties, and the return of Hydrate to the W Midtown on Thursdays. Coleman (top photo) has a decade-long track record of other specialty parties for the gay dance crowd, often bringing top-flight DJs to town for the ride.

With Coleman’s contact list and their combined know-how for getting a party started, out comes Saturday’s big gay Pub Crawl through Midtown. Imagine a hundred or so gays walking en masse from place to place, and you have the right mental image.

The event hits six restaurants and bars, one per hour, starting at 1 p.m. at The Nook. From there, enjoy drink specials and other surprises with your peeps at Quattro, Einstein’s, Joe’s, Zocalo and Nonna Mia. As if that weren’t enough, all the mayhem wraps with an afterparty at the W Midtown at 7 p.m. and into the night.

Feel free to join the party at any point in the day, or if you’re busy, just hit the afterparty. See our pub crawl event listing for a handy list of the times and places. 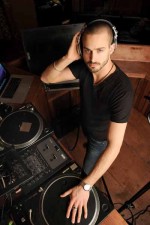 He’s a model, a man about town, and what’s this? He’s also a nice guy who turns out to be a pretty jammin’ DJ. After making waves as one of Atlanta’s sexiest gay men, Jay McCracken (second photo) adds to his increasingly busy schedule and to Heretic’s weekly lineup: Sinister Saturdays begin March 13.

Most recently found spinning tunes during Sunday brunch at Einsteins and Las Margaritas, as well as the Tuesday Opulence parties and special engagements, McCracken takes to the tables with his own brand of smoldering beats to match those smokin’ photo shoots.

We don’t mean to belabor the point–yeah, we kinda do–but as much as we love hearing his beats, we also won’t mind seeing those piercing eyes from behind the booth at the Heretic. We see what Richie Arpino saw when casting models for his Men In Black & White calendar.

McCracken’s Sinister Saturdays also include “Silent But Deadly” performances by Atlanta’s one and only Bianca Nicole. 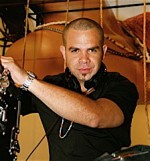 DJ Sin Morera (third photo) loves Atlanta, and perhaps not so coincidentally, really digs an Atlanta man, too. “I’m currently dating someone there” is all he’d say before his most recent local appearance at Heretic’s Thanksgiving Eve.

“Every time I visit Atlanta, I end up staying like two weeks… I spent Pride in Atlanta and loved it.”

That’s quite a compliment from a New York-based DJ in demand as far and wide as Italy and Australia, not to mention the American gay meccas.

Morera takes to the tables Saturday at Jungle. His signature House vibe with some dirty tribal thrown in for sweaty measure may help him get in the mood for his extra days with his Atlanta mystery man.

Good for Morera, and lucky for us. Hey, we don’t mind why we get the benefit of his presence in town, as long as we do.

• The monthly Southern Bears meeting at Amsterdam, followed by their bar night at the Atlanta Eagle