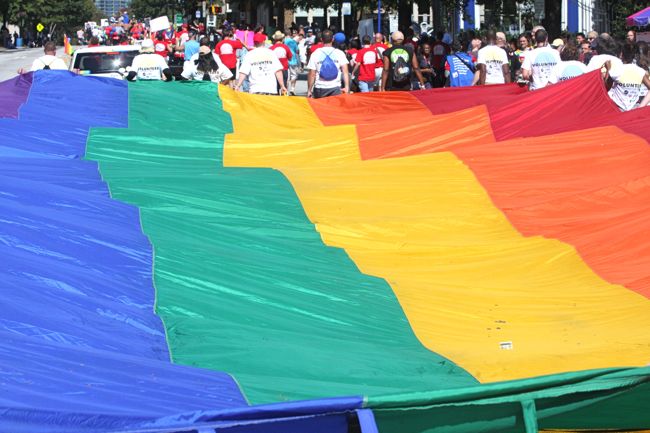 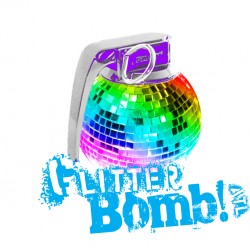 A group of upstart, radical queers wants to throw a little glitter on the Atlanta Pride celebration next month. Ask Newt Gingrich and Michele Bachmann how that went for them. But the grassroots invasion of Pride, which is set for Oct. 7-9, seems a little less confrontational and a little more friendly than the ones aimed at anti-gay politicians. Pride, though, will mark the coming out for the new group, which draws its inspiration from MondoHomo, Atlanta Radical Faeries and others that focus on direct action packed with flair. GlitterBomb Atlanta describes its mission like this:

But in taking aim at the Pride festival, GlitterBomb has put together a less radical and more celebratory slate of events for its coming out, including a Glitter Done! Dance Party at Mary’s (Oct. 8), Radical GlitterQueer Space in Piedmont Park (Oct. 9) and Queerlicious Marching (Oct. 9). They crank their plans into full gear this Sunday, Sept. 25, with a Poster Party to create signs for the Pride parade. GlitterBomb says it’s time to inject the Pride festival with a dose of grassroots energy. “‘Pride culture’ has become a mainstream showcase of corporations and little politics, and has separated itself from the radical event it once was,” the group says in a press release. “GlitterBomb! wants Pride to be the fabulous, community event that it can be. The group will help encourage awareness for HB87 and the immigration justice battle. There are many parallels with gay activism and immigration justice including the ability for a state institution to police identity, which creates a stronger case for job discrimination and police harassment. Drowned issues by ‘gay mainstream’ range from homelessness, criminalization, deconstructing capitalism, gender discrimination, to ableism and more. Each deserves attention, and GlitterBomb! will demand it with the marching contingent.” Pride officials say they welcome the activists to the festival. GlitterBomb’s tent in the park will join scores of other Pride-goers who make the meadow a gay tent city during the weekend, says Pride Executive Director J.P. Sheffield. “We like the idea of people gathering and enjoying their time at the festival,” Sheffield says. “Given how hot it can get at the event, it’s also never a bad thing to have spaces where people can seek shade.”