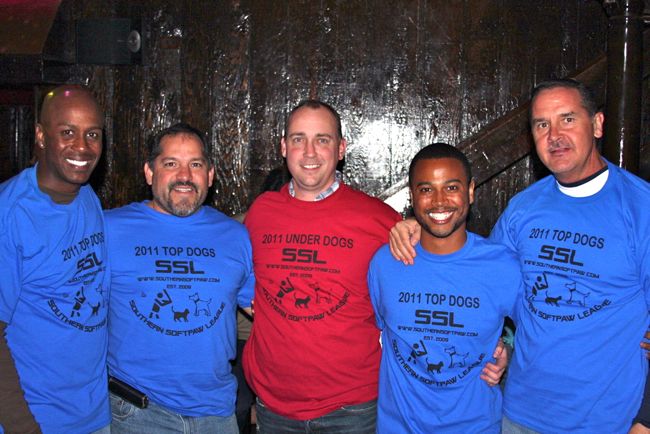 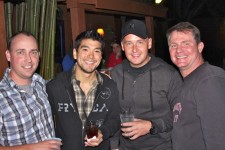 A busy two months after its opening pitch, Atlanta’s gay Southern Softpaw League closed its softball season of weekly games with a Saturday of match-ups followed by a party that included $1,700 in contributions to local animal charities.

Since its 2009 founding, each team in the league adopts an animal shelter or pet agency and raises money for it throughout the season. In addition to check presentations to worthy causes, final rankings and t-shirts were handed out at the beer bust on Saturday at Burkhart’s.

Nothing says “We did it!” like $10 unlimited beer, but the doling out of t-shirts (Atlanta Razors, top photo) like “Top Dogs” and “Under Dogs” confirmed bragging rights for winning finishers in the Super Competitive, Competitive Fun, and Just Fun categories.

Of course, the real winners were the animal shelters.