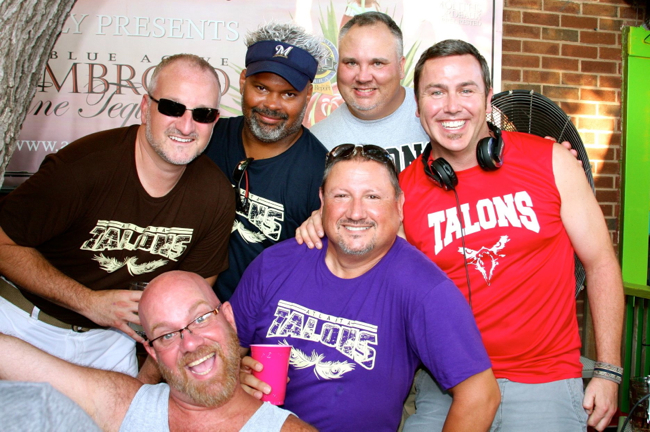 The Gay Softball World Series is just weeks away, so what are the teams of Atlanta’s Hotlanta Softball League to do on their last day of local games? Why, toast to the success of the players headed to the tournament, of course.

HSL’s last official Extra Innings Beer Bust was last week, so the final game day on Sunday left an open slot for the league’s weekly decompression party to benefit the Atlanta Leathermen. The Leathermen represents the HSL Masters Division at the world series next month in the Twin Cities.

For the teams staying home, Atlanta’s gay softball spring/summer season was all over but the drinking on Sunday. Frogs Cantina played host to the softball jocks’ bottomless beer, Jell-O shots, raffles and merriment.