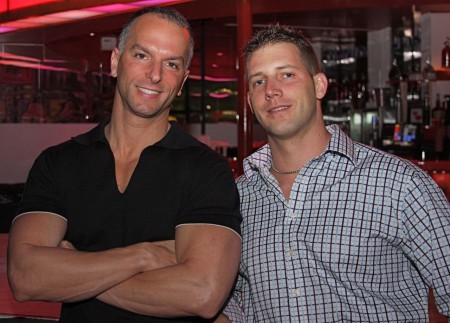 The nearly year-old partnership that pumped new energy into Atlanta’s social and nightlife scenes is dissolving.

SocialATL founders Chris Coleman (left) Kurt Edwins (right) announced in an email Wednesday morning that they are dissolving the partnership that has delivered Social Tuesdays, Hydrate Thursdays and Sol Sundays. The popular events, though, will remain in place.

“I’ve really enjoyed working with Kurt,” Coleman says in the email. “We began with an idea and the idea turned into a thriving business. I know the dance scene inside and out. The ‘casual’ social scene was a different challenge. I am looking forward to broaden my business in that arena.”

Edwins says his focus is more on marketing and events and will work to connect some endeavors between Atlanta and Miami, where he lived before relocating to Georgia.

“I love a lot of different things and marketing is my one true passion,” Edwins says in the email. “Coming from a publishing background, it’s what I know. Working with Chris has been a privilege. I came to this city a year ago from Miami and Chris believed in me and my ideas. I wouldn’t be where I am today without him.”

Coleman will take over Hydrate Thursdays and Sol Sunday, with Edwins retaining the Social Tuesdays brand. The partnership hit the nightlife scene last Sept. 30 with Social Tuesdays at Geisha House in Atlantic Station. The event moves to a different restaurant or bar each week.

In March, the pair added Hydrate Thursdays to their portfolio, filing the Living Room at the W Atlanta-Midtown and taking on the popular Thursday Night Cocktail a few blocks away at Trois. The Trois event later disbanded.

Coleman will continue his promotions work through Chris Coleman Enterprises, which brings high-profile DJs to Atlanta for events at Jungle and Opera, among other venues. He pledged “some upcoming weekly events that will change Midtown,” but didn’t offer details in his statement.

Edwins hinted at some events that tie Miami and Atlanta, but didn’t elaborate.

“I really miss Miami, the beach, the sand, the sun but, I love Atlanta and the people here. I hope that I can have the best of both worlds while still living here in Atlanta,” he says.