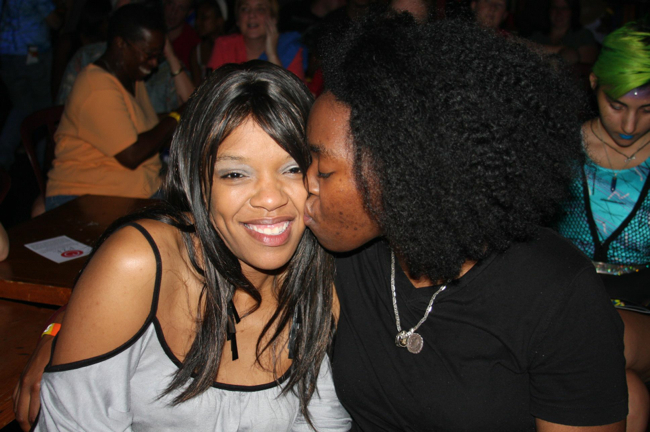 Where does gay Georgia live? You say right here in metro Atlanta. In Midtown and Decatur. Sort of, but new numbers may blow your mind. Or at least expand your understanding of Georgia’s big, diverse LGBT population.

You and your friends are half right about Fulton and DeKalb counties when considering which places have the most overall gay people. Both rank high for same-sex couples in the 2010 U.S. Census. Of course, a gay gasp went up in Midtown to find out that the Georgia mountains–Fannin, Gilmer and Rabun counties–are heavier on the gay spice, percentage wise. Adding insult to injury, those country gays are happier than you too.

But hold the phone. Fulton and DeKalb are both far outranked by south metro’s oft-gay-ignored Clayton County in a new study. DeKalb is seventh and Fulton is 10th in percentage of same-sex couples. Those mountain counties? Not even on the map.

In fact, UCLA’s gay think tank Williams Institute says Clayton is home to the fourth highest concentration of gay couples in the country–if those couples are African American. The latest combination of census and Gallup numbers identify and locate black gay U.S. residents for the first time.

The new results estimate more than 1 million LGBT African Americans in the nation. Some 84,000 of those individuals are in couples, many in suburban or rural counties like Clayton County in Georgia. Of those couples, more than a third are raising children. In metro Atlanta's suburban Clayton County, even more–a full 40 percent of same-sex African American LGBT households–have kids.

Yes, Atlanta is still a big deal. And yes, there are still more total black gay couples in more populous Fulton and DeKalb Counties, though a more diluted concentration. Not for nothing, the heart of the city plays host to one of the largest Black Gay Pride celebrations in the country. But the new report shifts popular notions of gay residency away from a single-minded focus on intown hoods, which are a mess on LGBT rights anyway.

Among states, you already knew that gay Georgia is on the rise overall. Now we know it ranks third for self-identified black LGBT individuals, behind the District of Columbia and Louisiana. We’re also third for same-sex African-American couples, behind D.C. and Maryland.

Parsing statistics is boring. We get that. But understanding the basics can be helpful, if only to make you more interesting at parties. Beyond that, it’s always a good idea to question what you thought you knew and realize that, yes Mary, the rest of the gay world–even in Georgia, and even in Atlanta–might not look like you.