So CLUTCH: Queer fundraising beyond ‘dance parties and drag’ 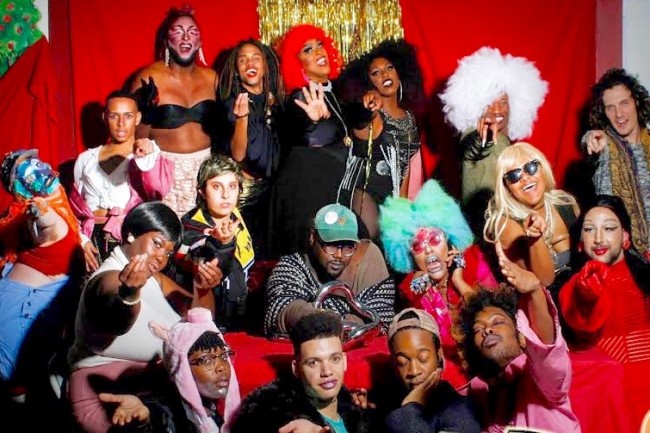 Tis the season to not be a total Grinch, but also a time to be merry and gay. Atlanta’s DIY queer scene makes moves towards both with the annual fundraiser extravaganza, CLUTCH Gives Back on December 16.

The fourth edition of the underground party crafted by members of the QTPoC — Queer Trans People of Color – community, CLUTCH was concocted by musician and performer MonteQarlo and friends who felt a need for a new kind of queer event. With connections to the queer musical outfit LONER and having collaborated on their galactic rock opera Celesthesia, each addition of CLUTCH has been a little of this, a little of that, but never pigeonholed into the cliches of gay nightlife.

Experienced event planning from Southern Fried Queer Pride has aided CLUTCH in its journey. Local drag performer and musical innovator Taylor Alxndr of SFQP teams with MonteQarlo for this project. The two and are busy powerhouses on multiple projects and come together for CLUTCH once a season to showcase the variety of expressive mediums members of the creative queer community have to offer.

Southerners On New Ground is one of the CLUTCH beneficiaries this year, with funds raised by additional appearances by their organizer, Mickey Bee, another multi-talented SFQP organizer. Koochie Koochie Ku (photo, this page), who is always a super treat with their cotton candy coif, outrageous ornamental makeup and hilarious jokes, hosts at the forefront for CLUTCH-a-thon.

“I feed off the crowd and send them their energy right back but bigger and with references to cartoons I’ll never grow out of. I like working off of people and their expectations,” Koochie says. “If I’ve made someone laugh with a trick or a joke my brain will come up with three more to keep them laughing and no time to recover. I’m a farcical barrage of Black queerness.”

Unlike previous CLUTCH events, the December 16 showcase will be streamed live across various social media platforms with help from Bianca Bratton of Cinamaker and other tech-savvy friends. Modelled after traditional telethons of yore, donations are encouraged to organizations such as Solutions Not Punishment Coalition and Community Estrella, in addition to Southern Fried Queer Pride and Southerners On New Ground.

CLUTCH is more than entertainment. The energy put forth by the artists and performers is not just for the satisfaction of their own expression and craft; but for the growth of communities often overlooked or held back by systematic oppression. The crew’s passion for the project shows in the detail, scheduling and effort put in towards making it happen.

“Essentially, I just wanna present queer folks, especially those of color, in a way that accurately represents the diverse pool of talent in the community,” MonteQarlo explains. “Our experience can't be confined to dance parties and drag nights. We are comedians, musicians, writers, photographers, activists, tech wizards, business people, and all those talents deserve a spotlight. It's integral to the humanization and liberation of marginalized identities that we document and broadcast the many facets of who we are, and support and uplift one another while we do it, and that's my ultimate goal with CLUTCH Gives Back.”

A version of this article originally ran in Q magazine. Read the full issue below: