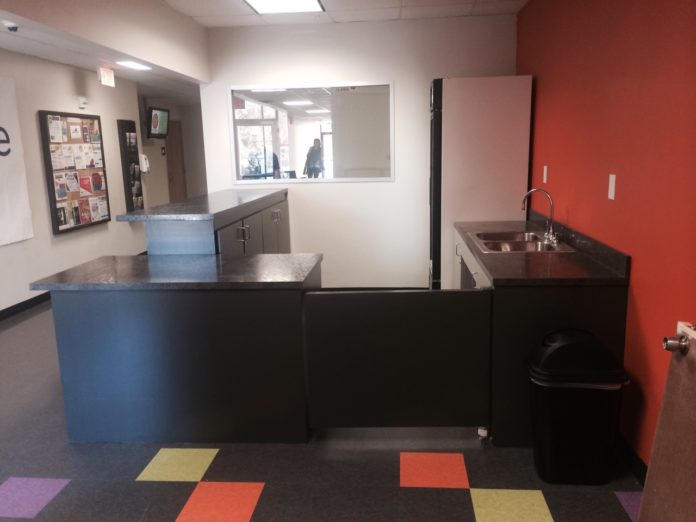 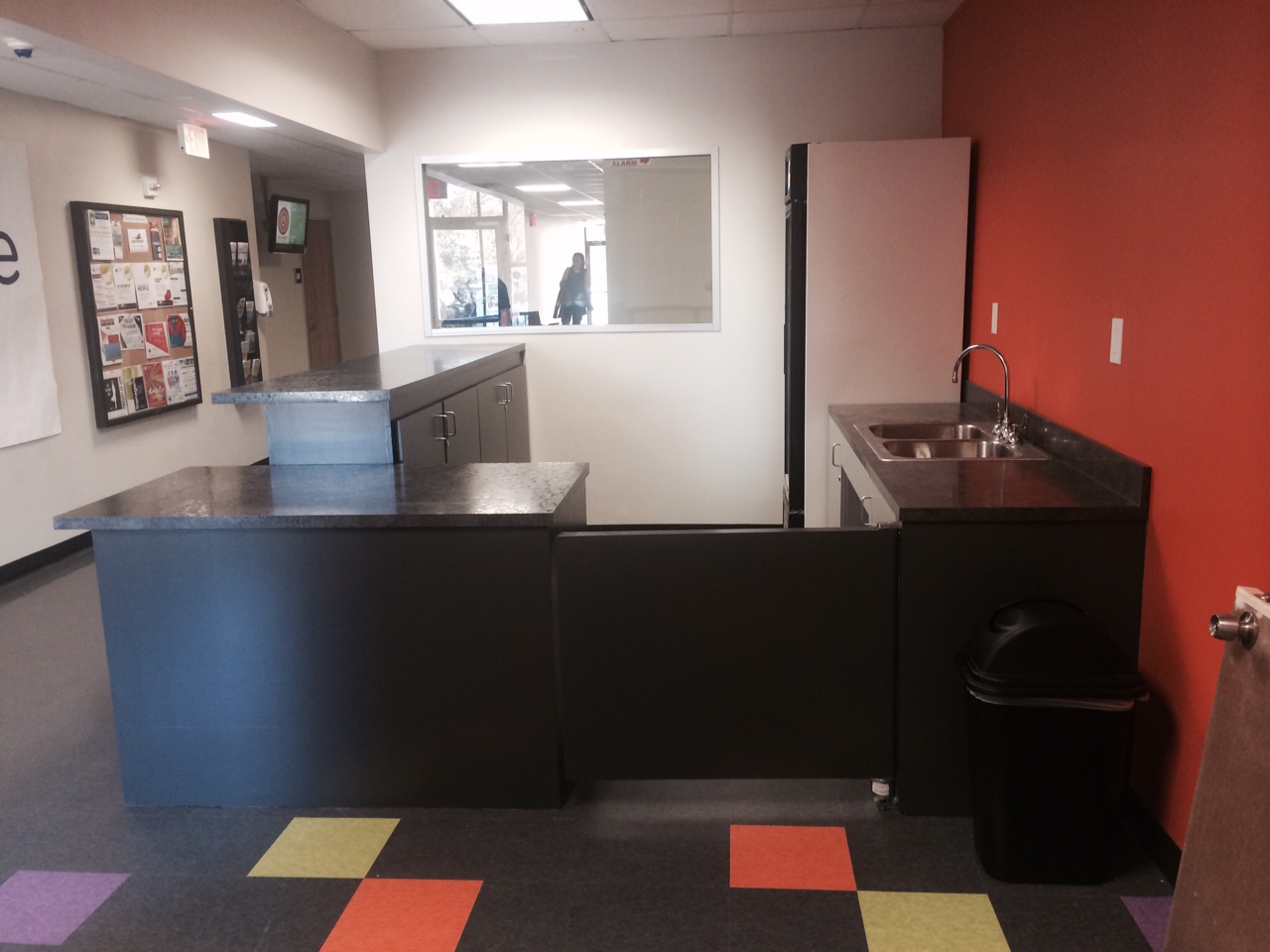 It’s a been more than a minute since gay Houston had a coffee shop hang-out to call its very own, but the ever-churning minds at the Montrose Center are about to solve that. Welcome to Equal Grounds Cafe.

Beyond a meeting place for all that’s gay and good in Houston organizations, advocacy, health and culture, the new cafe is ready for its big reveal during a soft-opening preview of the space on Friday. Get to Know Your Center Open House comes as Montrose Center wraps up a series of events for national LGBT Health Week.

Equal Grounds coffee spot and café is a response to public feedback and part of a plan to continually grow and improve the center. Once renovations (photos, top and below) are complete, it will serve as a before-and-after meetings spot for center guests and help physically open the center’s configuration to the public, which until now can be confusing to first-time visitors.

Before the soft opening on Friday and with plans for a fulltime grand opening coming as soon as next month, we asked for a sneak peek to get you psyched up for what the Center hopes becomes the gathering ground for gay Houston. The center’s Huffer showed us around the thought process and renovations that make it a reality.

What are the scope of renovations?

The cafe cost about $25,000 to build out, and was funded by United Way, a generous donation by Roger Woest, and fees collected from Cultural Center user fees.

We added an open seating area, bought the equipment necessary to store and serve the items, and added an area for laptop and other device charging and WiFi. We need to see how it is welcomed by the users before we take any additional steps.

We've had several people ask for a public space where they could relax and visit before or after events and meetings held in the Cultural Center or before and after their appointments. As the Cultural Center has grown, we also have a need for volunteers to answer questions or direct our guests as the room reservations can and do change.

It also can be confusing for our guests because of the way our building is configured – Third Floor administration, Second Floor reception, counseling and case management, First Floor cultural center, Ground Floor – elevator access and parking. If you come in from the external staircase in front of the building (the old Fitness Exchange building), you may not see the lobby or the directional signs. We wanted volunteers to be there to help people find where they need to go and direct them to the online monitors for room assignments.

So how did the idea for Equal Grounds arise, and tell us more about the concept.

We asked for community input! We surveyed our clients, cultural center guests, website visitors and social media connections. They told us they primarily wanted healthy options, which fits in with our wellness philosophy, i.e. yoga, meditation, walking groups, etc.

So then we asked them for name ideas. Equal Grounds came from Facebook user Lisa Chaput.

When are you shooting to do an Equal Grounds full-time grand opening?

We already know of some kinks that we need to work out, so we're looking at about one month, depending on how easily we can iron them out. We will let everyone know with a big announcement when the cafe will be open and what its hours will be.

How has Montrose Center grown since its inception, and where is it headed?

We started out in 1978 with a mission of providing mental health services to the LGBT community, because so many mainstream providers dealt with homosexuality as a form of mental illness. Since then, we've added services when we have seen gaps and barriers that prevent members of our accessing the services they need, e.g.. HIV counseling and outpatient chemical dependency treatment.

We added hate crimes and other anti-violence services (domestic violence and sexual assault) when a man came in with scars from being set on fire in front of his home because of his sexual orientation. We've added cultural sensitivity and HIV education and training, street outreach and HIV risk reduction services.

When one of our friends became frail in his ‘80s, we realized there was a need for senior services, and SPRY was born. That now offers hot nutritional meals free to LGBT seniors three days a week, and the meal is probably not as important as the fact that we are reducing isolation among this population.

We've also brought some nonprofits under our fold when they had outgrown being completely run by volunteers, because of the funding stability and infrastructure we provide. That is how HATCH Youth and the LGBT Switchboard Crisis Hotline came on.

When we moved into this larger space, Houston GLBT Community Center was downsizing after being severely impacted by Hurricane Ike. We decided to dedicate our first floor as a place for meeting space for the community, and several nonprofits wanted to be under the same roof. So we rent space to Pride Houston, Lesbian Health Initiative, Dignity Houston, PFLAG, among others.

The meeting space and community rooms are reserved by other nonprofits, like the Empire of the Royal Sovereign Imperial Court of the Silver Star, Bunnies on the Bayou and the National Leather Association, to name a few. They told us they wanted to stop holding their membership meetings in the bars.

We've also rented out our large community room to the Krewe of Olympus for an event, and individuals have booked rooms for film screenings, commitment ceremonies and baby showers. So we really have grown from being a small counseling center to so much more of a community hub.

What else would you like gay Houston to know ?

Obviously we have many things going on this week with it being LGBT Health Awareness Week. We have a community yoga class, a panel discussion about sex, a helper's toolkit for those who are caregivers, a senior health fair, and a film screening. Each touches on a different facet of our community and this overarching theme of wellness.

Mayor Annise Parker recently came and spoke to the Montrose Diner guests about their concerns about housing, and that is something we have our eye on as our neighborhood is changing so rapidly and seniors are finding it harder and harder to make ends meet.

In the meantime, all of this urban renewal is causing some growing pains in the area of crime, so on April 11, we are holding a town-hall meeting with the Chief of Police and area commanders to discuss how to make this area safer. And our NEST program is one of two test markets to help reduce LGBT Youth Homelessness. 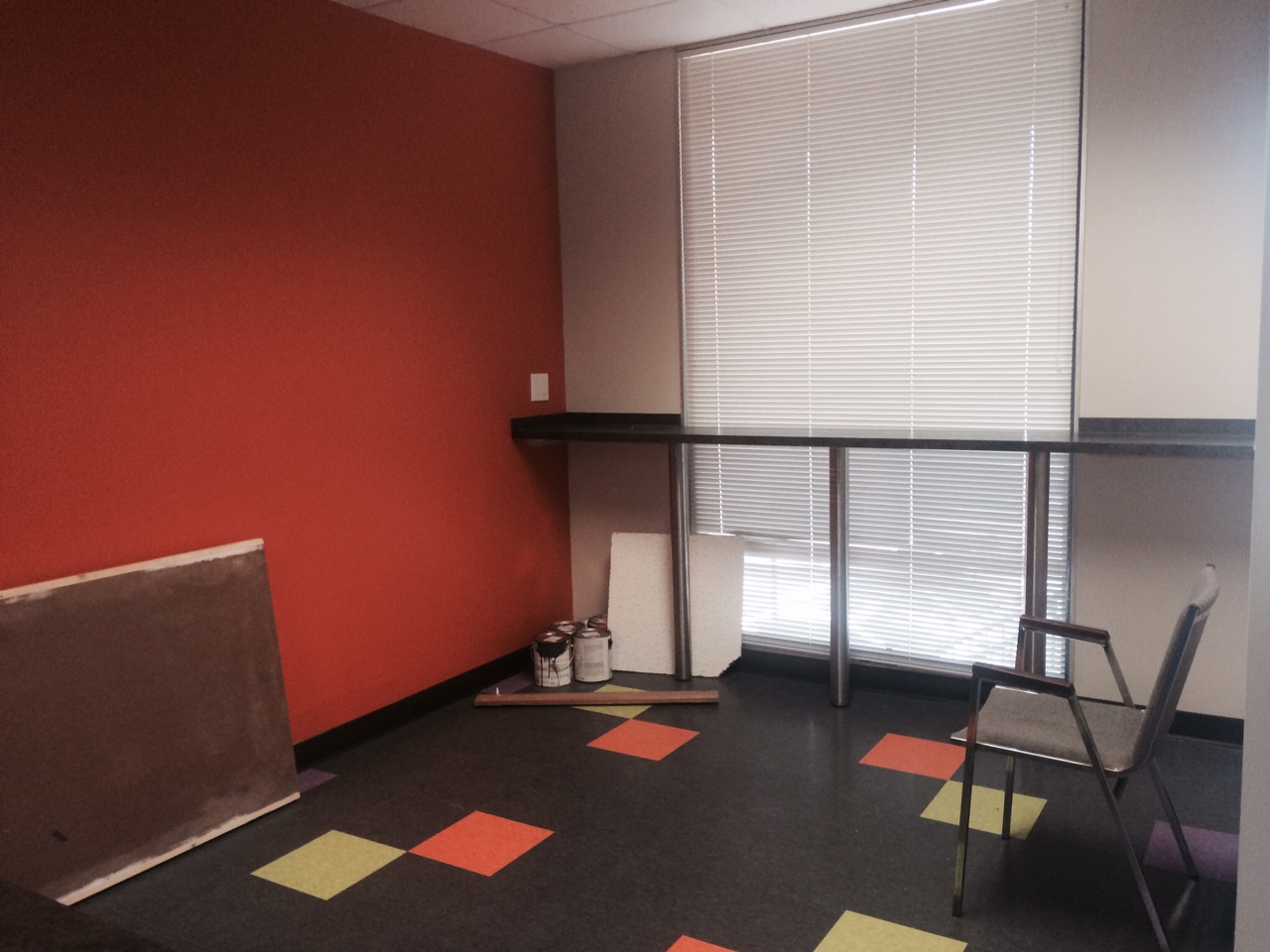