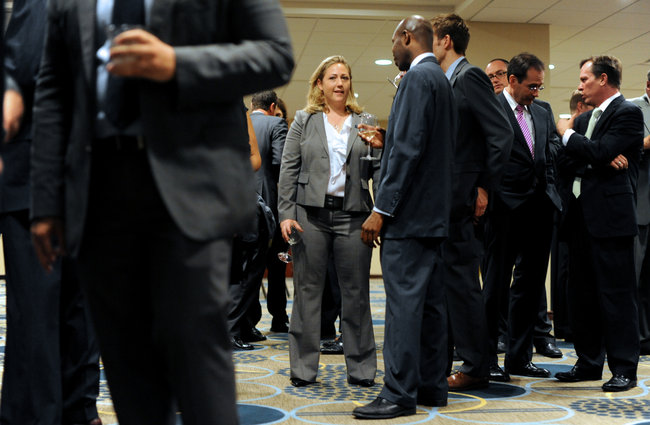 This is what can happen if you’re gay and stuck in small town Georgia: You develop a sort of bipolar belief system that reasons it’s OK to be a lesbian and not embrace equality and then whine to the New York Times that no one accepts you. Tough shit, turncoat. Being a gay Republican is nothing new, though still inexplicable in most instances. So the New York Times went searching for a new hook, serving up the nascent lady gay Republican. Why not. If Ken Mehlman can lead the GOP in its bloodthirst for gay marriage bans only to come out years later and launch a pro-gay marriage group, there’s got to be a lesbian equivalent, right? There is and she’s Kathryn Lehman, who helped write the Defense of Marriage Act while working as a closeted lesbian staffer in the U.S. House. But wait, the NYT says, there’s a lesbian Jane Six Pack, too. Meet Lauren Yarbrough of LaGrange, Ga. We learn that at 22, she’s had a partner of seven years, is religious and loves Republican talking points. We don’t know if she does drag like LaGrange city fathers. Probably not.

Lauren Yarbrough, 22, has, she said, “been lesbian my whole life, also been in church my whole life.” Ms. Yarbrough has been with the same woman since she was 15, but she prefers civil unions over gay marriage. She opposes abortion rights in most cases, and thinks the government should spend more on the military and less on food stamps and Medicaid. On those issues, she fits into her conservative town, LaGrange, Ga. But she keeps quiet about her sexuality, especially after being fired from a job after her boss found out.

Yarbrough wants out of her small town, but not her small-minded view of equality.

“That’s why I want to get out of this town,” Ms. Yarbrough said. She dreams of moving to California, which she thinks would be more accepting of her sexuality, but not of her politics.

The reaction from readers to gay female Republicans wasn’t positive. This dyke from Decatur summed it up:

I know that these Republican lesbians are too young to remember or too young to have even been born, but as a 65 year old lesbian, I’ve been there. I was in Washington for the first march for lesbian and gay rights in 1979. Yes, I could have been fired from my job, and yes I was risking alienation from my family, but I was there. For them to feel at ease in coming out now and to continue to side with my oppressors makes me ill.