This week’s music releases represent everything from rock, dance, and Latin influences with gay-pleasing new works by Kelis, Enrique Igleasias Bret Michaels—and of course, more on the one and only Kylie Minogue. 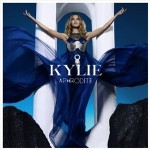 The diminutive dance diva from Down Under follows up 2007’s “X” with a dozen tracks inducing varying degrees of euphoria. “Aphrodite” is an appropriate title since she was the Greek goddess of love and this album captures Min in love with life, in love with having a good time, in love with her man (Spanish model Andres Velencoso Segura), and in love with making exquisite dance music, even after doing it for over 20 years.

Minogue’s strong suit is that she revels in being a pop star, unlike other stars who might try to shrug off the label, and the proof is in the dazzling, glittering dance/pop music of “Aphrodite,” which is the finest album of her career. Read our track-by-track analysis of “Aphrodite.”

Minogue has some good company on the dance floor this week thanks to Kelis’ fifth album, a collection of slickly-produced numbers that, for the most part, work. Lead single “Acapella,” with producer dejour David Guetta, kicks ass, but the second single “4th of July (Fireworks),” produced by DJ Ammo, is a little pitchy. So are the dreadful “Intro” and Guetta’s other contribution,“Scream.” (Sorry, Kelis!)

There are some real gems on the album, though. The last three songs—the fierce “Emancipate,” the electro smash “Brave,” and the very danceable but deep “Song for the Baby”—along with “Acapella,” “22nd Century,” and “Home,” show that after all the changes Kelis has been through since her last album in 2006. After moving to a new record label, getting a divorce and becoming a mother, she emerges with a fresh vision and feel for her music.

iTunes features a version of the album with six interludes and album-only bonus track “Carefree American.” 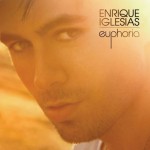 This is Iglesias’ first bilingual album, and he brings some impressive friends along for the ride. Guest artists Akon and Usher show up, and Lady Gaga’s producer RedOne lends his skills on a couple of tracks. The album definitely plays to Iglesias’ strengths, featuring mostly sweet ballads with a few pumping dance tracks thrown in. The bulk of the album consists of sleepy ballads, like “Dile Que,” “Cuando Me Enamoro,” and “Ayer.”

Iglesias tries to gain some street cred with a collaboration with Akon, “One Day at a Time,” and his duet with Pussycat Doll Nicole Sherzinger, “Heartbeat,” is a great midtempo pop tune. “Dirty Dancer” featuring Usher is a great club song and could make a lucrative single.

iTunes features a Deluxe Edition with the tracks in a different order and three bonus tracks: “Why Not Me?,” a solo version of “Heartbreaker,” and “Coming Home.” 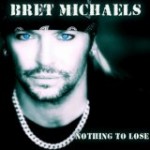 Rock’s reigning survivor cobbled together this album of original material, covers, remakes of his old tracks and alternate versions. Just like it sounds, the results are inconsistent.

“Riding Against the Wind” sounds like a Bon Jovi B-side, and “Lie to Me” comes across as a blend of Motley Crue and Poison. “Nothing to Lose” features Miley Cyrus and is not half bad, though I hate to admit it. The sweet spot on the album is the country version of “Every Rose,” one of Poison’s biggest hits; Brad Arnold of 3 Doors Down, Chris Cagle, and Mark Wills join in for the track.

Following “Every Rose” is a club mix of “Go That Far” by Jason Miller of Godhead. It isn’t a bad remix of the song, which is the theme song for Michaels’ show “Rock of Love,” but it’s a pretty jarring change after the heartfelt sentimentality of “Every Rose.” The rest of the CD is a mixed bag, but the solo version of “Nothing to Lose” is pretty good.