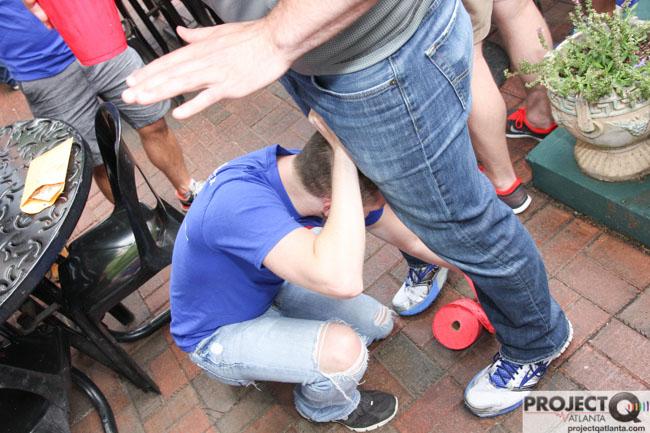 The home to the patio that is gay Atlanta’s go-to spot for beer bust fundraisers is about to get bigger. Way bigger.

Within a matter of months, Joe’s on Juniper will double the size of its inside dining. Why? More space means more customers and even bigger beer busts for the likes of Hotlanta Softball and charity organizations across gay Atlanta.

From What Now Atlanta:

Metrotainment Cafes, the restaurant’s parent company, submitted a building permit application to City of Atlanta Thursday to begin interior demolition to neighboring space for the expansion, located between Joe’s and its sister concept Einstein’s.

The 3,271-square-foot building, at 1049 Juniper St., owned by Metrotainment has sat vacant for quite sometime.

Leroy Shelton, a manager at the restaurant, told What Now Atlanta (WNA) in a telephone interview Friday construction is slated to begin in the next few months.

Life after bankruptcy must be good. The restaurant and its parent company filed bankruptcy in June 2013. The case closed in December. Now, let’s hope the bigger, better Joe’s keeps that smoking ban in place.