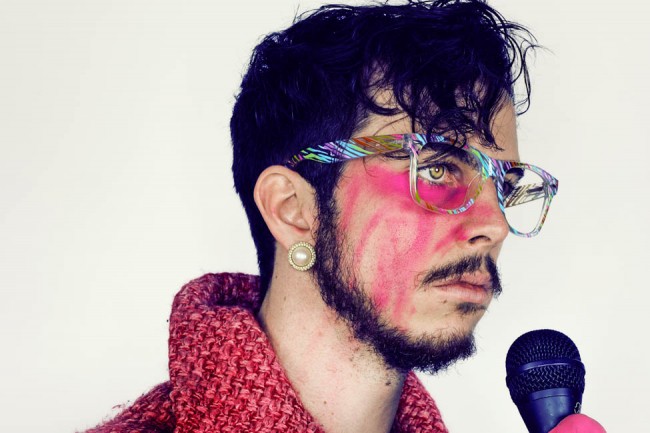 If you know who Brendan Maclean is, there’s a good chance you found out about the Australian singer through the video for his song “House of Air,” a song that might just pop up during his Aug. 17 show at The Basement.

Maclean, 31, told Billboard that he was being “the black sheep” of the family of queer musicians at the time — a more rebellious alternative to Troye Sivan, Sam Smith and Years & Years singer Olly Alexander. But now he walks back that characterization in conversation with Q.

“Yeah, I’ve said some pretty dumb things in interviews,” he said. “No, I don’t think I ever was in that role … I think I liked thinking I was.”

Maclean is proud to have been a part of the “House of Air” project, which is still racking up millions of views on Vimeo.

“While I remain independent and rebellious and yada yada — as opposed to othering myself and being resentful of the music industry — I find myself compelled to connect more, which makes me happier and apparently other people as well,” he said. “Who knew?”

Music as ‘Weapon of Choice’

Maclean’s sexuality was front and center early in his career, which began with the release of his debut EP “White Canvas” in 2010. He’s not sure he had a choice whether to play coy about being gay like many singers have done.

“I was an effete child, my sexuality was sort of thrust upon me before I knew anything about it, like, there was never really a closet to come out of. I'd already pulled out all the costumes to put on a show for my teddy bears, which were still fluffy toys at the time,” he told Q.

His presentation and personality led to a rough time in school, and music was his way to get through it.

“I fit a lot of stereotypes, so I was a real easy target as a kid for bullying,” he said. “Music was just what I did to avoid being in the playground and getting beaten up — I’d just hide and play piano.”

“I’m not surprised that something that I used as my armor eventually became my weapon of choice,” he added.

Maclean’s career gained traction in 2014 with the release of the single “Stupid.” That helped him land a deal with Universal Music Publishing Group.

He received an ARIA Award nomination —which is like the American version of the Grammys — in 2016 before releasing his breakthrough record “funbang1” that summer. It debuted at No. 2 on the Australian Independent Album Charts and eventually peaked at No. 14 on the Australian iTunes Album Charts. The album contained the soon-to-be notorious “House of Air,” as well as the singles “Free to Love” and “Tectonic.”

The Atlanta stop is part of Maclean’s first U.S. tour to support his first full-length album, “And the Boyfriends.” It will be his first time visiting Atlanta.

So which song off the new album is the most fun to play live? Maclean doesn’t hesitate.

“’Hibernia’ takes the cake,” he said. “It’s got so much swagger and punch. When crowds hear it for the first time, you can see this look on their face like, ‘What is this?’”

The local show at the Basement is presented by the dance party people at NonsenseATL, and co-founder DJ Kimber can’t wait.

“He’s been one of our favorite artists for five years, and it’s just a dream to have him here,” she told Q. “When I play one of Brendan’s songs to crowds in Atlanta as a DJ, people always come up and ask what it is — it happened three times this weekend alone. It just gets your attention, so even if people aren’t super familiar with his catalog yet, I guarantee they’ll fall in love if they come to the show.”

“Brendan is such an engaging, energetic, charming live performer. You really can’t lose,” she added.

People can expect “freedom, truth and beauty” at the show, according to Maclean.

“My sweet hits, both of the electronic dance machine style and brief pauses of acoustic sentimental beauty that will cause you to turn to your friend and go, ‘Oh, he is actually pretty good,’” he said. “Before I sweep you up again in sweet pop gloriousness.”

The after-party features DJ sets from Maclean and Nonsense’s own Kimber. What has Maclean been listening to lately that might pop up?

“You know what, I am stuck on a Roisin Murphy-hole right now, and I've been stuck worse places,” he said. “So some of that long, sideways, femme vocals only, semi-nostalgic business and then whatever I like the week beforehand.”

“It won't be like … ‘Brendan plays his top ten Rufus Wainwright piano solos.’ You'll be dancing. We'll be dancing!”