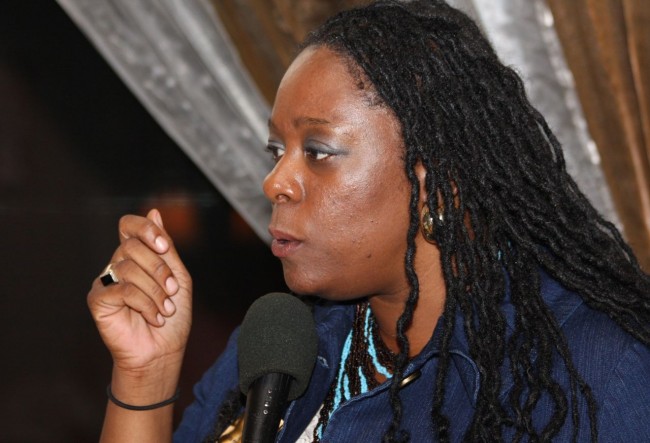 Simone Bell, who could make LGBT electoral history on Tuesday, hit the final days of her state House campaign in strong shape. But gay activists say now is not the time to rest.

Bell is one of five candidates in a special election to fill the District 58 post in the state House. It’s an area that includes plenty of LGBT voters and if Bell wins, she’ll become the first openly lesbian African-American elected to a state legislature. She’d join state Rep. Karla Drenner as the two openly gay members of the state House.

Thanks to fundraisers, such as her official launch party Sept. 15, and a host of public appearances, including a mixer with Atlanta Stonewall Democrats Oct. 21 and a Sept. 19 house party for Kitchens New Cleghorn, Bell is making a strong impression on the campaign trail.

And even though she came in second in fundraising, she enters the home stretch of the campaign with the most cash on hand.

But Jeff Graham, executive director of Georgia Equality, on Tuesday urged supporters of the organization to help push Bell across the finish line. That means donate cash, by the way.

Simone Bell is running as an open lesbian in the special election for the Georgia House Legislative District 58. If she wins, she will become the first open African American lesbian elected to a state legislature in the country!

Simone has more cash on hand than any of her opponents, so victory is within her reach. However, she needs your help to get her across this line.

Please consider making a donation or volunteering some time to help get out the vote in this important race.