Sign-waving supporters to front of the line 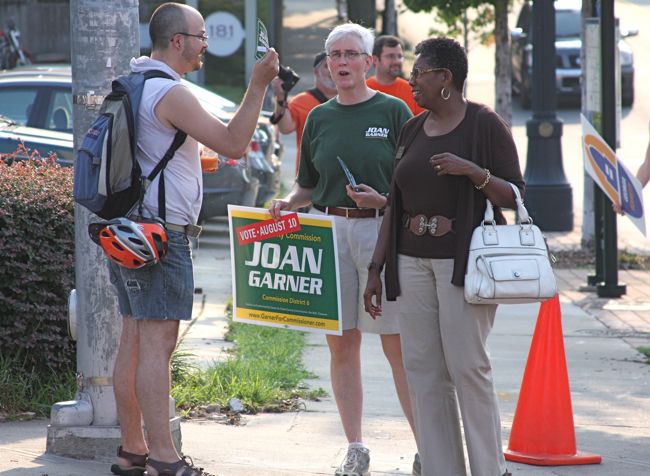 If you practiced waving a sign during the marriage demonstration downtown on Saturday, or during the other rally three days earlier, Georgia Equality and Joan Garner want you and your skills Tuesday.

The statewide gay rights group, which endorsed Garner (photo right), wants your mad skills tomorrow morning in Midtown at the intersection of 10th Street and Piedmont Avenue. So limber up your wrists, warm up your vocal cords and come on out for the morning rush hour. (Or the afternoon rush hour, too, but the early shift comes with breakfast.)

Tuesday is runoff day and Garner is one half of a lesbian v. lesbian smackdown to become the first openly gay member of the Futon County Commission.

Georgia Equality made the pitch in an eblast to supporters on Monday:

As an open lesbian, Joan Garner is a strong supporter of full equality for the LGBT community. She is running for Fulton County Commission – District 6. Will you help elect Joan by volunteering for her on election day?