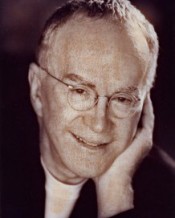 Actor Sid Shier has been away from the stage and from Atlanta for a while, but the openly gay acting veteran comes back with a bang—portraying iconic gay playwright Tennessee Williams in the play “Confessions of a Nightingale,” opening March 24 at 14th Street Playhouse.

“Nightingale” is a one-man show in which an elderly Williams—author of such classics as “The Glass Menagerie,” “A Streetcar Named Desire” and “Cat on a Hot Tin Roof”—looks back on his personal and professional life. It’s based on Charlotte Chandler’s book “The Ultimate Seduction,” which featured actual interviews with Williams, and is a warts-and-all account, the actor says.

We caught up with Shier (photo) to chat about the production and his return to the theater.

This is a return to acting for you. How did it come about?
I was a well-known actor in Atlanta back in the ‘60s and ‘70s and ‘80s. I moved to Los Angeles for 18 years, and after I moved back, I realized I wanted to return and get my name out there. But people had forgotten me. A generation had passed. I’m 74 now. I decided to produce a play, and this was the one I chose from those I considered.

What were some of your signature roles before you moved?
Two of the highlights would be a production of “Boys in the Band” where I played Harold and a production of “A Funny Thing Happened on the Way to the Forum” where I was Hysterium. In “Boys,” I made my entrance and didn’t move for the entire first act, and in “Forum” there was non-stop movement.

Why does Williams’ work continue to hold up?
He was a poet, and he understood the human condition so well. He had such great insight. Every time “Streetcar” is on TV, I am riveted. I can’t look away. The language of Blanche was unlike any other.

What were the surprises you found out while doing research?
I did learn that Tennessee Williams lived in Macon, where I grew up, in 1943 for three months, and Big Daddy (from “Cat”) was based on a gentleman he was friends with. He did have a longterm relationship near the end of his life, but he had a voracious appetite for sex, three or four times a day. He came out at 27. At first, he had sex with women then men. He had sex with a lot of straight men.

Do you think we in the South have a better understanding and appreciation of his work?
Southerners are so different from people in other places; the South is its own culture. Williams understood that, and I think we can recognize the people he wrote about. His Southern women, for instance, are polite but never want to show their dirty laundry. I don’t think that has changed.

“Confessions of a Nightingale” opens March 24 and runs through April 24. Visit 14th Street Playhouse for tickets and more information. Shier also appears at Outwrite on March 26 for a discussion and a preview of his performance.