Should gay Georgians care about immigration? 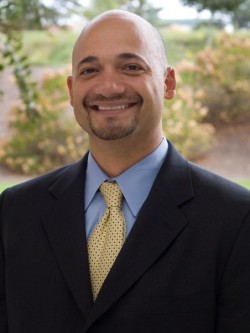 The contentious Gold Dome debate over illegal immigration legislation has provoked threats of a boycott of Georgia by a national LGBT group and calls from local activists for gay residents to step into the debate. But should they?

The legislation – a hot-button issue that centers on House Bill 87 – prompted the National Gay & Lesbian Task Force to demand that Gov. Nathan Deal put a stop to the proposals or the group would pull its planned 2013 conference from Atlanta. The move is supported a coalition of organizations, including at least one local LGBT group, that threatened a boycott if the immigration bills become law.

A Project Q Atlanta post that criticized the idea of a boycott prompted a strong reaction, with opponents of the immigration legislation calling on LGBT people to join the fight against the bills. Debate over the most divisive of the measures, House Bill 87, continued on Thursday on the last day of the General Assembly session. Political observers expect some measure to pass, though Deal has attempted to stay above the fray.

So we checked in with Jerry Gonzalez (photo), the openly gay executive director of the Georgia Association of Latin Elected Officials, to discuss the legislation, a potential boycott and why gay Georgians should tune into the debate.

Gonzalez wouldn’t discuss the threat of a boycott or the NGLTF’s letter to Deal. But he did break down the issue in a gay way.

Some sort of immigration legislation is expected to pass the General Assembly. Do you have a sense of what’s going to make it through?
Georgia legislators are intent on passing an Arizona-style legislative proposal which would kill jobs in Georgia. Any legislative initiative that resembles the Arizona style legislation would be harmful to Georgia’s economy because it would kill foreign investment, there is a threat of boycotts which would harm our tourism and convention business and it would also harm our leading industry which is agriculture because of its dependence upon immigrant labor.

The legislative proposals have stirred strong reaction from advocates for immigrants and progressive groups, including protests at the State Capitol, threats of a boycott and intense lobbying. What are your main objections to the proposals?
The fundamental objection is that these initiatives are unconstitutional. A federal appeals court ruled this week in upholding the injunction against Arizona implementing a similar law based on a lawsuit to block implementation of it by the Justice Department

Secondly, this initiative would encourage further racial profiling in our state.

Third, H.B. 87 would also make anyone who aids or helps an undocumented immigrant in any way, including providing a ride or providing food, a criminal. And finally, this bill would create a hostile environment in Georgia for foreigners and anyone who looks foreign and would severely harm our reputation as a state. For all of these reasons and others, we oppose this bill.

What happens after the legislation passes? What’s the next step in your strategy?
We are working for the legislation not to pass. However, if it does become law, there are threats of international boycotts as well as threats of lawsuits from several civil rights and immigration groups.

The real solution is for our legislature to work with our Congressional delegation and President Obama on comprehensive immigration reform. Our nation should not have 50 different state immigration policies. That does not make sense.

The coalition of groups opposing the legislation includes some LGBT groups. Why should LGBT Georgians care about this legislation?
All Georgians should be concerned about the far-reaching devastation that these initiatives would have on Georgia’s economy. Also, injustice anywhere is a threat to justice everywhere. Immigrants and gays have been the object of discriminatory attitudes in our state and it is a good idea for solidarity.

Is your fight against the legislation helped or hindered by being openly gay? Has being gay been an issue during your efforts fighting the legislation?
Being gay is who I am. It has not been an issue openly, but of course, under the surface, I know it is an issue some have made.