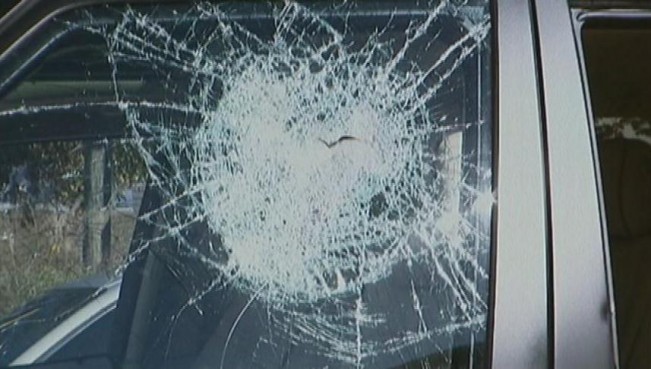 Think your breakup went badly? Nah, how about this: Celebrated lesbian basketball player Chamique Holdsclaw allegedly poured gas into her ex’s car after a brief face-to-face at an Atlanta church, stalked her, smashed the windows and then fired a single shot into the SUV in an attempt to ignite the gas. Holdsclaw (photo) -- who won three college championships, a gold medal in the Olympics and played 12 years in the WNBA, including one with the Atlanta Dream – now sits in the Fulton County Jail facing charges of aggravated assault, criminal damage to property and reckless conduct. She remained jailed Friday morning facing a $10,000 bond. Holdsclaw surrendered to Atlanta police on Thursday after warrants were issued for arrest. 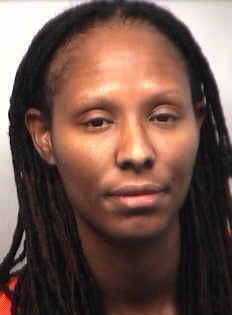 Holdsclaw’s ex, current WNBA player and former Atlanta Dream member Jennifer Lacy, tells police that Holdsclaw approached her at a church on Ponce de Leon Avenue as she worked out about noon on Tuesday. Holdsclaw asked for the keys to her Range Rover to place some items inside, Lacy said yes and that’s where things went south. “Ms. Lacy stated that after she left the church, she smelled an odor of gasoline inside her vehicle. Ms. Lacy stated that as she drove away, she noticed that Ms. Holdsclaw was following her. Ms. Lacy stated that as she drove, she called a friend because she was scared,” according to an Atlanta police report. Lacy drove to a friend’s house, only to have Holdsclaw approach the vehicle swinging a bat. After she allegedly smashed two windows of the Range Rover, Holdsclaw brandished a handgun and fired inside the vehicle. Police tell WSB that Holdsclaw maybe fired the shot in an attempt to ignite the gas and spark a fire. Hours after the incident Holdsclaw – who describes herself as a mental health advocate, pro athlete and author – posted to her Twitter account with a #lessonlearned hashtag.

Everything is a lesson learned. We all make decisions good and bad. As long as we grow from them that's all that matters.

Once she bails out of jail, Holdsclaw will have some fresh material for that "Real Housewives" type of Atlanta-based reality show "The Other Women of America" that she's co-producing. Or for her stump speech for Active Minds.

She currently serves as a spokeswoman for Active Minds, an organization “dedicated to empowering students to speak openly about mental health in order to educate others and increase help seeking,” according to the group’s website.