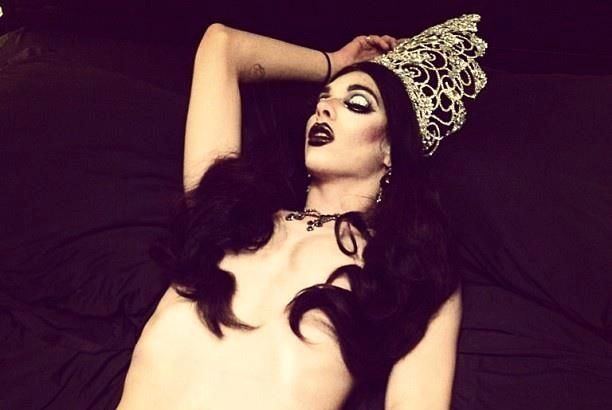 The “Ru-Dunnit” case of what happened to the bejeweled crown of Sharon Needles, the controversial queen who won Season 4 of “RuPaul’s Drag Race,” may run right through Atlanta, a local drag queen and her nude photo.

When Sharon Needles hit Atlanta last November — the time after her visit generated so much controversy and a sold out crowd — she wore the tall crown as she sat at the judge’s table for the Miss Originality pageant at Jungle. Sometime during or after immediately in the aftermath of the event, the crown went missing.

And when Season 5 of “Drag Race” premiered in January, the case of the missing crown became part of an Absolut ad campaign dubbed “Ru-Dunnit?” It centered on the efforts of “Drag Race” judge Michelle Visage, who visited Atlanta last September, to track down the missing head gear. The campaign was also weaved into the social media efforts of the show, which asked fans to help solve the mystery.

“You need to find the queen that stole my crown,” Needles tells Visage in the first video spot for the Absolut campaign.

Looks like Visage needs to cast her gaze on Violet Chachki, a fresh face and rising star in Atlanta’s drag community. On March 10, she posted a provocative photo on Facebook of her wearing nothing but some fishnet hose and a crown that closely resembles the missing one from Needles.

Not for nothing, but Chachki performed during the Miss Originality show in November that Needles helped judge. A fan of Chachki’s raised the question most everyone was wondering when she posted the photo:

Who would be stupid enough to steal a Custom-made crown from an international competition winner, take a picture in it, and not expect anyone to notice? Idk.

When contacted by Project Q Atlanta this week, Chachki declined to confirm if that’s Needles’ crown or provide any details about the photo.

“Unfortunately I am not in a position to share any information with you guys at this time, but keep an eye out,” she said.

So compare for yourself. Above is Chachki in the photo with a crown. Below is the crown Needles wore during the drag competition in Atlanta. And below that is the first episode of the “Ru-Dunnit?” ad campaign that’s airing on Logo. Let us know your take — is Chachki’s the real RuPaul or a fake? And what do you make of Chachki’s nekkid photo? 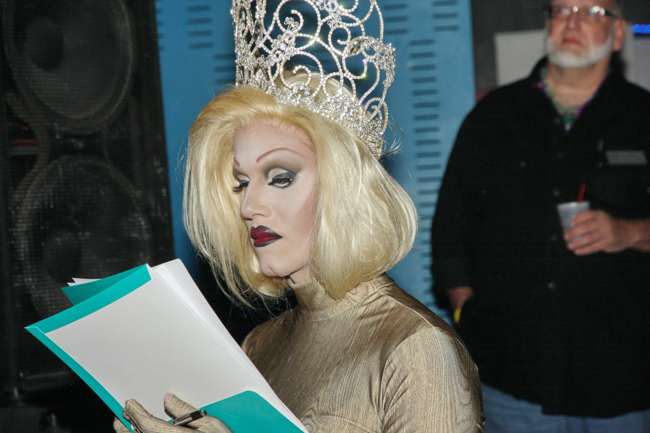 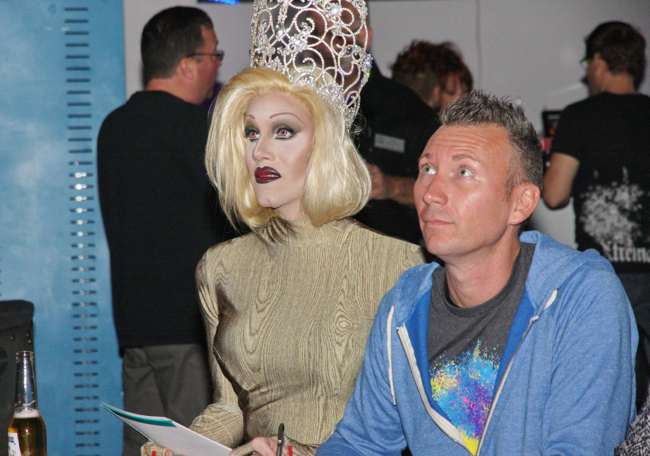