Sharon Needles coming back to Atlanta for more 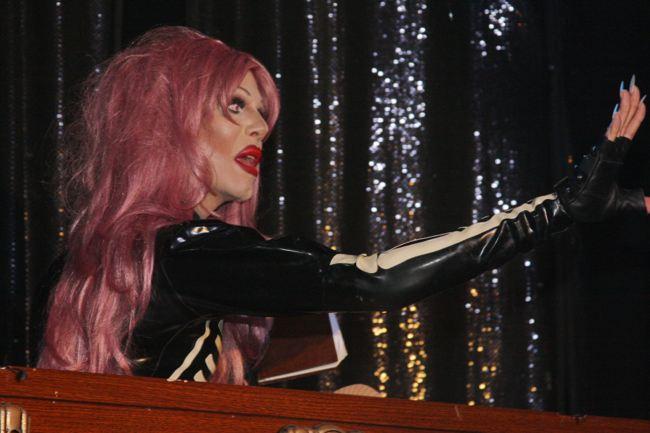 After confrontations with protestors, firing back at her haters and delighting gay fans despite it all, “RuPaul’s Drag Race” queen Sharon Needles is back for more in a return engagement at Jungle for the Miss Originality pageant. 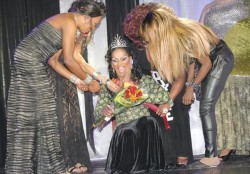 The Nov. 9 event co-sponsored by David Magazine, Brushstrokes, Boy Next Door, the Atlanta-based Gayborhood app and Jungle picks up where last year’s Miss Originality left off: With drag queens vying for a crown between performances by a star-studded cast of local and national favorites for charity. Unlike last year, the Mr. David hunk competition is not part of the program.

Last year, after a two-decade hiatus, Miss Originality sprang back to life with Myah Monroe (bottom photo) taking the win over seven competitors. The first “Drag Race” winner BeBe Zahara Benet served as guest judge. The event brought in more than $2,700 for Jerusalem House and Pets Are Loving Support. This year’s beneficiaries are PALS and Lost-n-Found Youth. Needles gave $1,000 to Lost-n-Found during her June appearance.

This year, Needles (top photo) takes the guest starring judges role and performs two numbers during the 2012 Miss Originality Pageant. She does so with her controversial stage persona that includes goth looks, shock-art tactics and a “fuck it all” attitude. It was her use of the word “nigger” – which she says was being reclaimed to expose racism and her protestors say is a word that isn’t hers to reclaim – that landed her in such hot water with local queer detractors last month on the day of her Jungle appearance.

If November’s Miss Originality is anything like that show, Needles could spell another confrontation and protest, another sold-out crowd for Jungle, and her short visit could have another long reach. Read all about it.