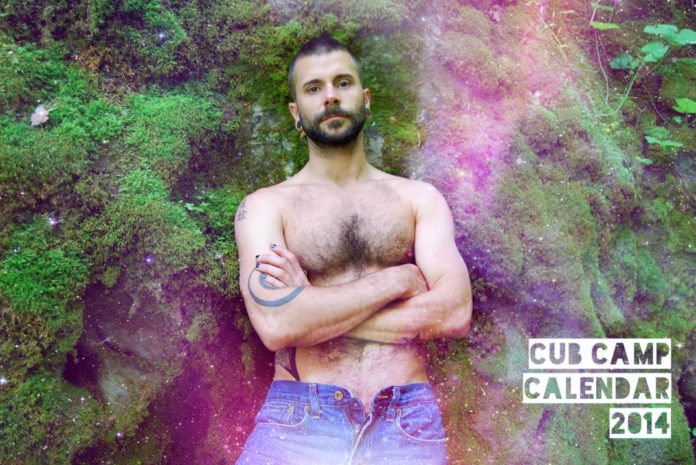 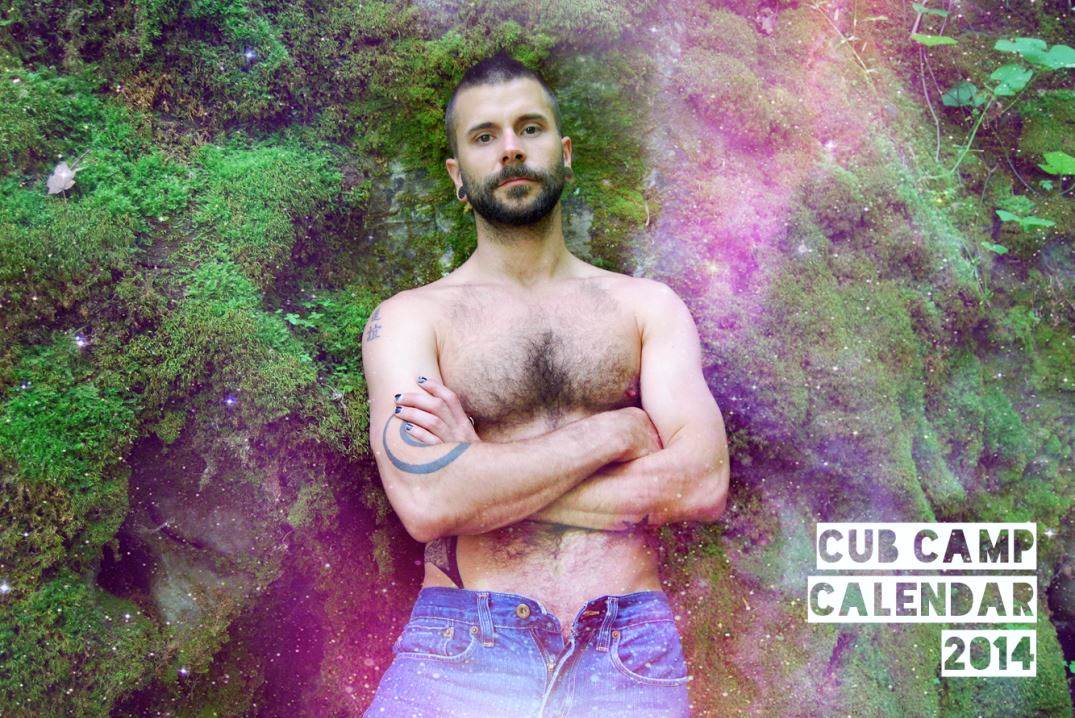 You’ve just been dying to get local hotties Chandler Bearden and LeSexoflex’s Peep Peep alone in the woods for some nature-lovin’, man-on-man time. Well, you’re in luck. The pair are just two of the naturally hairy woodsmen featured in the hot new 2014 Cub Camp calendar.

Gay Canadian promoter and DJ Scooter McCreight introduced his Cub Camp parties (“for dirty furry boys”) to Toronto in 2010, and his brand took off. That includes making friends with tons of guys like those who became “the sexy sexy American boys in my life,” he says in promotions for the new calendar. The cubbies are photographed by Bradley Roberge with graphics by Braeden Alexander. 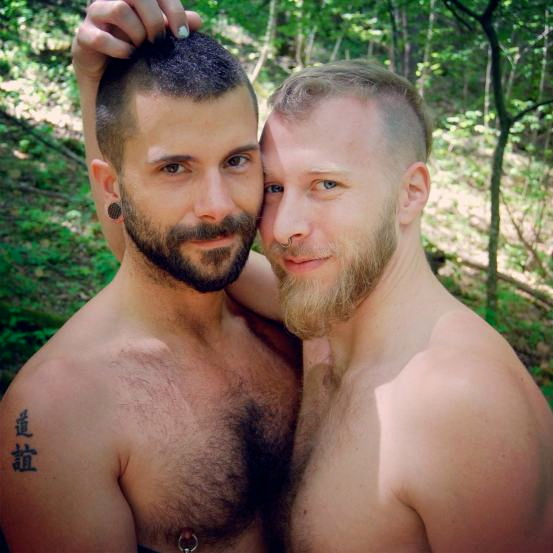 Cut to the Atlanta gay couple that really gets around – in the very best way. Bearden (top photo and left in couple outtake from the Cub Camp shoot) is something of a local legend. That can happen with a Mr. Atlanta Eagle 2010 win, man-wrangler reputation, Big Gay Game Show Family Feud emcee, would-be reality star, and MISTER Center outreach team leader day job under his belt.

To name a few. Oh, let’s not ever forget shirtless circus act. Bearden, aka Loki Animal, is no newbie to showing off the beef in a calendar, either. Check out his “Dirty Boys” offering.

But wait. Is that his man strutting in our photos from Bearden’s Men of Leather contest and playing circus lion to Bearden’s sexy ringmaster? Yes, that’s PeepPeep aka HRO (right). He's the “rap blaps” behind Le Sexoflex, the straight-inclusive ATL party band that’s always glad you came. The Sexo crew remains local legend long after a hard-earned happy ending.

Get an even closer sneak peek at all of the guys in the new Cub Camp calendar, then go order yours. Follow Cub Camp for sexy boy posts all year on Twitter, Facebook and Tumblr.