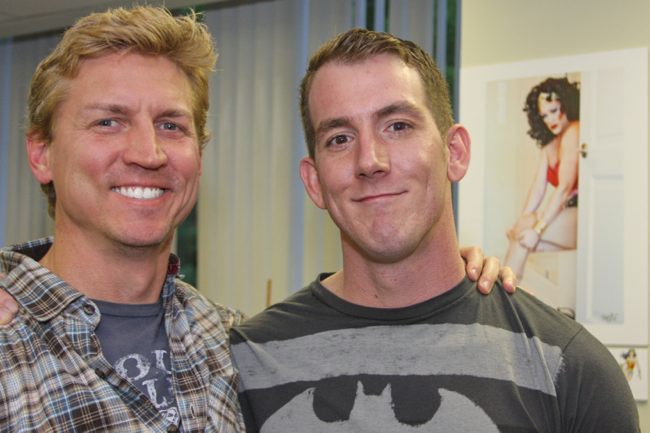 Gay Atlanta artist Philip Bonneau and his superhero subjects showed off for fans on Saturday during the unveiling of his latest photo exhibit.

Bonneau (top photo right) and his photos in “Heroes + Villains Issue #2” put hot gay Atlanta men in the guise of comic book legends that shed new, artsy light on the characters, the male form and pop culture. After Saturday’s opening, the photos will be on display at the MISTER Center at Positive Impact’s office in Midtown.