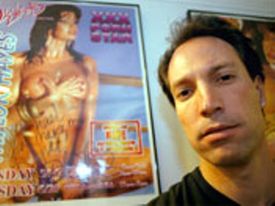 It should come as no surprise that a sex shop owner is a bit of a tease. But Michael Morrison, who two weeks ago titillated the gay political scene, now says never mind. He's not going to run against Alex Wan after all.

"I don't think that I will be running for city council. While I don't like what Alex Wan did with Cheshire Bridge, I hope he understands now that adult/LGBT entertainment is important for the development of any city," Morrison told GA Voice today.

That's a quick pivot from Morrison's electoral saber rattling of two weeks ago. He's had time to relish in the defeat of Wan's proposals to ban some sex shops and strip clubs from some portions of Cheshire Bridge Road. And maybe now it's time to mend fences?

Morrison has also said he and other business owners talked about backing a candidate to run against Wan if one stepped forward. However, Morrison said today Wan is expected to meet soon with the Cheshire Bridge Business Association and they want to hear what he has to say.

But before Morrison (photo) exits the political stage as quickly as he entered it, the straight business owner offered a bit of political advice to Atlanta's already politically attuned LGBT voters.

"The LGBT community really needs to vote as one body to create real power for itself. I think that is a message that we all need to get behind," he said.

Which contradicts what this other guy, who is gay and has run for office, says.