Scrum one last time with Bucks on Saturday 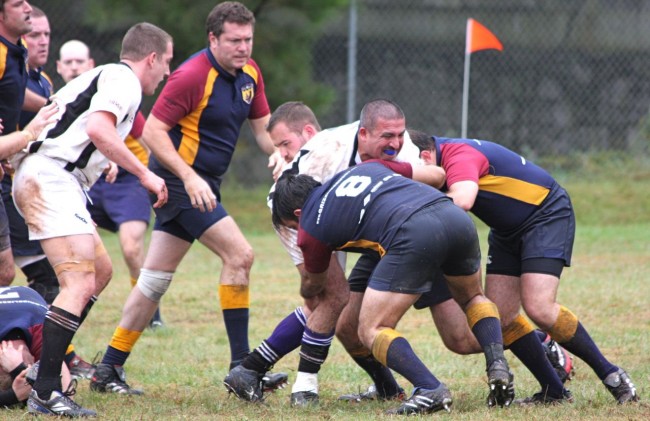 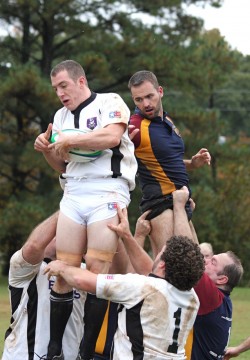 Players from the Atlanta Bucks Rugby Football Club didn’t just hike up their dresses and drag and march in the parade during Pride. First, they fielded three teams for their Ruck-A-Buck tournament.

The Bucks joined the Nashville Grizzlies and the Charlotte Royals, both mostly gay teams, for the tournament Oct. 31 on a muddy field in Kirkwood. The results were positive for the Bucks, who topped the Grizzlies 33-0 and the Royals 36-0.

Nashville won the first match, against the Royals, 38-5.

The two wins were a pleasant recovery for the Bucks, who dropped an Oct. 10 match against High Country 114-0.

The tournament wins put the Bucks at 3-2-1 for their winter season. They face Georgia Tech on Saturday at 11 a.m. for their last Atlanta match of the season. On Nov. 21, they head to Charlotte to play the Barbarians.