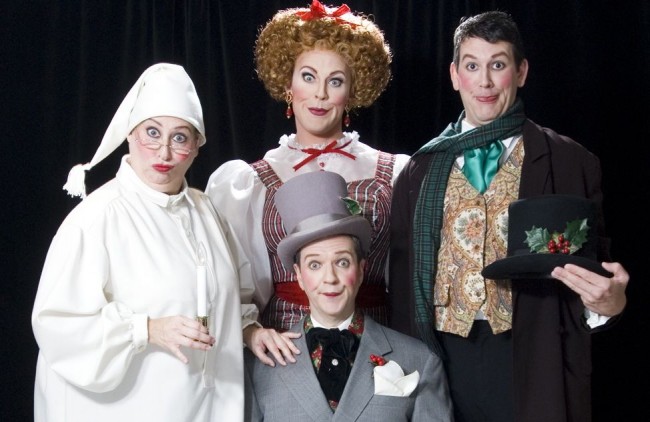 With more costume changes than a Cher concert and the promise of giddy games of gender, “Scrooge in Rouge” brings Varla Jean Merman back to Atlanta Thursday for a four-week run.

The three-actor show is headlined by Varla Jean Merman, the drag alter ego of Jeffrey Roberson who gained some additional notoriety through an appearance on Bravo’s last season of “Project Runway.” Fans in Atlanta no doubt enjoyed his work earlier this year during the run of “Shut Up Sweet Charlotte.” 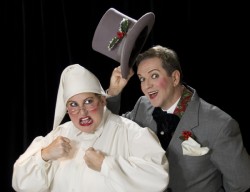 But in promising farcical romps through “gender, identity, reality and theatricality,” the show’s producers aren’t just referring to Merman. All three New Orleans-based actors – Ricky Graham and Yvette Hargis make up the rest of the troupe – master a myriad of dual gender roles while tackling more than 20 characters. That, in fact, is what makes the show so entertaining.

“I’m a man playing a woman playing a man a lot of times, so it is pretty funny,” Roberson says. “I can’t even tell you how many times I change. We have to rehearse all of the costume changes. Is it like a Cher concert? Maybe, just not that intricate.”

“Scrooge in Rouge” is set in 1843, the same year Charles Dickens published “A Christmas Carol” that helps inspire this riff on a musical melodrama. Fast-forward to a tatty theater in England where the 20-member cast falls victim to food poisoning as they prepare to stage “A Christmas Carol.” But the show must go on, so the three cast members unaffected by illness work hard to deliver. 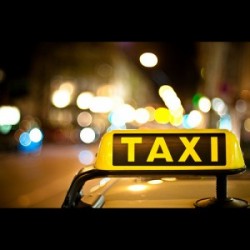 “It’s a three-actor version of ‘A Christmas Carol’ where we play just about everything you imagine,” Graham says. “Most of it came from the Dickens novel, but we have done our own twist. With Varla playing the female lead, something strange is going to happen.”

“Scrooge” was born in New Orleans two years ago and has been produced during holiday seasons in New Jersey and San Diego. The current trio of actors is mounting its fist-ever touring version, with stops in Atlanta, Fort Lauderdale and Key West. It marks a return to Atlanta’s 14th Street Playhouse for Graham and Roberson, who staged “Shut Up” there in January.

“I had a great time in Atlanta for ‘Shut Up.’ But with ‘Scrooge,’ it’s a lot more casual and I can’t wait to do it. I’m looking forward to having some free time and doing some stuff in Atlanta. It was such a whirlwind the last time I was there. The only thing I did was go to the Margaret Mitchell House,” Merman says. 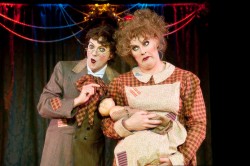 Graham says their experience in Atlanta with “Shut Up’ was enough to lure them back for the holidays.

The show includes all of the familiar Dickensian characters, though with a comic bent: Scrooge, Vesta Virile, Lottie Obligato, Bob Cratchit, Hermione, Mr. Fezziwig, Vesta Tilley and Gladys the Maid, among others. It’s not necessarily aimed at a gay audience, but it certainly has a gay sensibility, Roberson and Graham say. 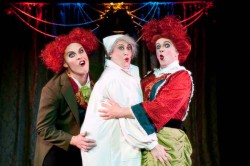 “’Shut Up’ was campy, but we had a huge straight audience. ‘Scrooge’ is gay in the way that yes, there is drag in it and yes, there are a few gay jokes. But it’s the telling of ‘A Christmas Carol,’ so anyone can get it. There’s a lot of innuendo in the show, but it’s not a dirty show. It’s naughty enough to appeal to the gay guys. But really, you could take your mom and she might laugh and not realize how dirty it is,” Roberson says.