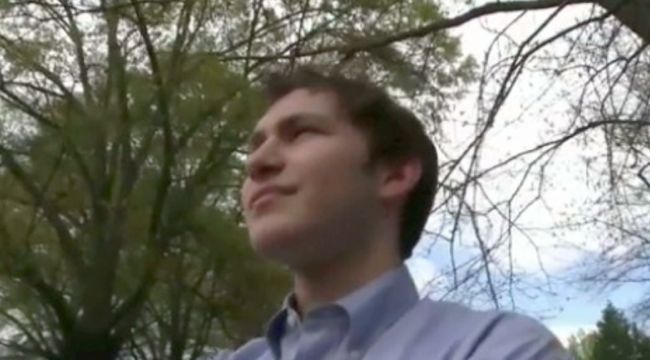 Since Reuben Lack sued his metro Atlanta high school last week, a war of words has emerged. The school system calls him a “poor leader,” detractors are bullying him on Twitter and his attorney calls all of it “baloney.” As if the idea of making a high school prom more gay-friendly would elicit something better. Lack was sacked as Student Body President at Alpharetta High School in early February. A federal lawsuit filed on March 20 alleges the firing came when Lack proposed making the prom more gay friendly. But an attorney for Fulton County Schools says Lack “was essentially a poor leader” and that’s why he was removed. That shot came when school officials finally spoke out Friday – both in a statement from attorney Suzann Wilcox Jiles and a summary from school system attorneys.

“The student was essentially a poor leader,” Suzann Wilcox Jiles, attorney for the district said in a statement. “ He behaved in manner not becoming of student body president including but not limited to rescheduling meetings with little notice, directly going against the instructions of the faculty advisers.” “We have a great principal and staff in place and I am confident in the way that they’ve handled this situation,” said Fulton school superintendent Robert Avossa. "It is unfortunate that this matter is being tried in the court of public perception. The facts about this allegation will be revealed completely through the legal process."

Critics have taken to Twitter with their reactions, claiming they “don’t want to see a guy in a tiara win prom queen” and attacking Lack with tweets that include this:

fuck reuben lack and his gay ass. he is stupid as fuck

The immense reaction -- news of the lawsuit quickly became a national story -- has overwhelmed Lack and his attorney, James Radford.

This was initially very exciting. But the story may have gotten too big, too fast, and I believe the students, faculty, and administration at Alpharetta High School have found themselves overwhelmed. I know Reuben and his family have felt overwhelmed. Reuben is just a kid who wants to finish his term of class president, something that is very important to him, and something that he earned through his own hard work and persistence.

Radford also took aim at the statements from school officials.

The school district’s statement said that Reuben was stripped of his title because he was “a poor leader,” that he “behaved in a manner not becoming of student body president.” The specific grievances listed included rescheduling meetings with insufficient notice, “calling out” student council members who disagreed with him on issues, and not participating in events. This is, for lack of a better term, baloney.

Radford called some of Lack’s critics cyber bullies who haven’t taken the time to read the lawsuit.

The most troubling development from all this is that a number of students have taken to social networking sites to harass and bully Reuben. Many of the posts have been anti-gay in nature. A great number of the posts make fun of Reuben for using a rolling-backpack to carry his books at school. It’s juvenile, mean-spirited, and bullying, plain and simple.