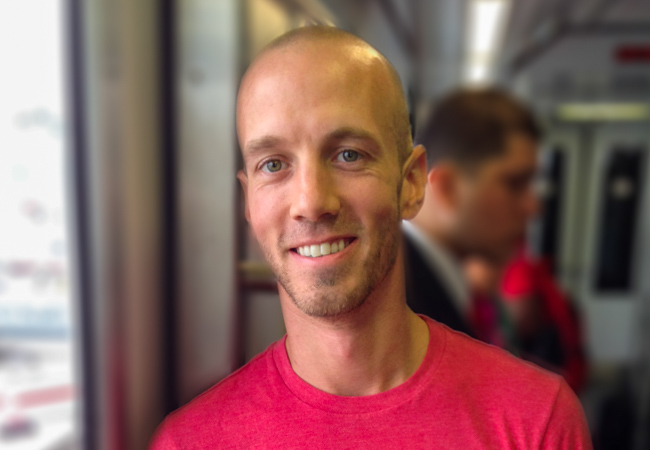 A new scholarship fund will carry on the legacy of a gay Atlanta nurse and fitness trainer who died in 2016 from viral encephalitis. A benefit for the fund is set for Saturday in Chamblee.

Landon Padgett had his hands in a number of endeavors before being bitten by an unknown bug that caused the infection. In September 2016, Padgett, 30, succumbed to the infection two months later.

“The sort of remarkable thing about his life was that he did so many things,” Tony Shiver, Padgett's husband, said. “To Landon, life was like a buffet. When he wanted to do something, he put himself into it 100 percent. A lot of folks would look at a challenge and sometimes shudder, but for Landon, a challenge was a good thing. I think it’s remarkable how much he did in 30 years.”

That included working as a cardiac ICU nurse at Children’s Healthcare of Atlanta, a trauma care nurse at Grady Memorial Hospital and a trainer at Cross Fit Chamblee.

He also played in the National Flag Football League of Atlanta from 2011 to 2014. The league honors him each year by giving the Landon Padgett Sportsmanship Award to players “in memory of the hospitable and kind nature Landon possessed to those new and familiar,” the NFFLA said in an Instagram post on Monday.

“He lived his whole life in Georgia, and even from a little kid, he was kind, warm, compassionate, empathetic. And I think that all of those attributes helped him in his nursing career,” Shiver said.

“One of the reasons that we decided to pursue this nonprofit was that there was a lot of good that Landon put into the world through his nursing career, and we wanted to continue that in his name, to continue that legacy for him,” Shiver said.

Shiver and the board of trustees hope to launch the application in February 2019 and award the first scholarship that spring. They’re raising money for the scholarship until then, starting with a CrossFit Chamblee benefit on Saturday from 10 a.m. to 2 p.m.

Shiver said that the Landon Padgett Memorial Fund will offer other programs beyond the scholarship in the years to come.