Say his name: Why the LGBTQ movement must remember Tyron Garner 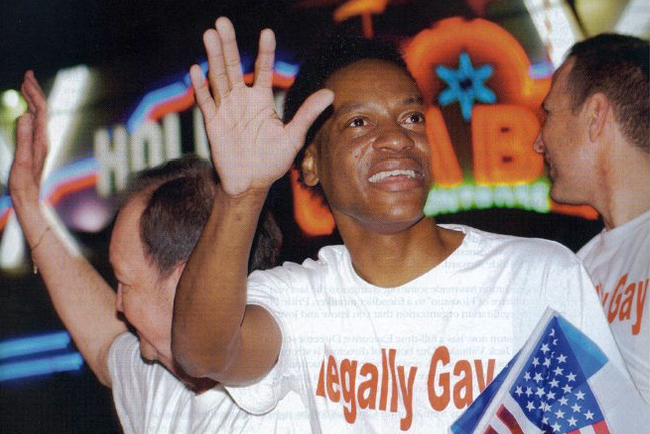 This is what you must know about Southern black boys: We often exhibit a quiet strength. Many of us have had to exhibit this quiet strength in order to survive. We are forced to defend our dignity on a daily basis.

But do not make the mistake of perceiving our softness as weakness. Our softness is strategy. We may be delicate, but we are not fragile. This is how I imagine Tyron Garner. He may have been sweet, but he was strong.

His name may not be familiar to some, but his case probably is: Lawrence v. Texas. Two gay men were arrested in a private home in Houston in 1998 and jailed after a complaint to police that “a black male was going crazy in the apartment and he was armed with a gun.”

No gun was found, but police entered and found John Lawrence and Tyron Garner engaging in consensual sex.

They were convicted of violating the Texas “Homosexual Conduct” law, making them sex offenders. The case, and the 2003 decision from the U.S. Supreme Court to strike down remaining sodomy laws in 14 states, paved the way for victories like marriage equality. Today, we all benefit from Tyron’s courage.

I first heard about Tyron Garner in a law class. Since Lawrence v. Texas was a seminal case in LGBTQ history, I wanted to know more about the people behind it. A Google search populated images of Tyron. His pecan-tan skin and easy smile reminded me of other black, Southern, gay men I knew.

His contribution to history inspired me, and his ability to live in his truth moved me to do the same. However, I found Tyron Garner’s near invisibility in the LGBTQ Rights Movement disheartening.

He did not have the perfect narrative that a movement poster child should have. He had prior arrests and was unemployed when arrested. Yet he had the immense courage to put his life, already in shambles, on the national stage. In many ways, he was abandoned by the movement he helped strengthen. The path to assimilation is often paved over the backs of our most beautiful misfits.

Tyron paid a price for not having the perfect narrative. He was alternately painted as troubled, or paraded around, tokenized, exploited and milked, but he would not see the fruits of of his labor. We never thanked him. Compare his life and legacy with someone like Edith Windsor, the SCOTUS marriage plaintiff who was heralded for her contributions.

When Tyron died in 2006, his body remained in a morgue for over a month. Finally, the state cremated him, and the ashes were sent to the family in a plastic bag. He received no major tributes. There was no memorial service, though he had paved the way for so many of us to be free.

Tyron would state after his case that: “I don’t really want to be a hero, but I want to tell other gay people, ‘Be who you are, and don’t be afraid.’”

It’s a message that black gay boys need to hear so they see themselves as part of the movement: Be who you are; don’t be afraid. We have such diverse stories, and it’s imperative that black LGBTQ voices and narratives are better woven into queer-movement history. Like Tyrone, we must find a place for our personal advocacy. It is up to us to tell our own stories.

LGBTQ rights have never been a white party. Black folks have always been involved, and much of the movement has been built on the backs of black folks like Tyron Garner. We must remember his name.

I often wonder how different Tyron’s life would have been if we told him that we loved him. We will never know the answer to that question. Tyron, we love you.

This article originall appeared in Q magazine. View the full issue below: