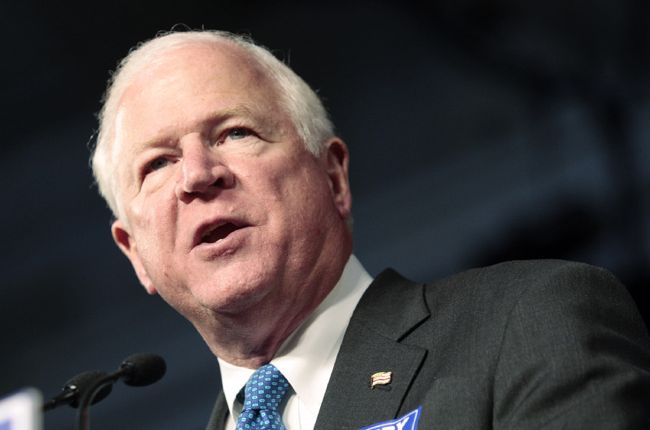 Georgia’s own Saxby Chambliss’ pending retirement from the U.S. Senate won’t come soon enough to keep his name from becoming one of just 10 on a list of senators etching their marriage bigotry into the permanent public record. Out of 45 GOP lawmakers in the Senate, only 10 were willing to put their name to a friend-of-court brief filed Friday backing the Defense of Marriage Act as the Supreme Court prepares to hear the Windsor v. United States case challenging the federal ban on recognizing legal same-sex unions. Of course Chambliss was one of them, as if we need more proof he’s against us. The senator has opposed the repeal of “Don’t Ask Don’t Tell,” tried to explain away gay death threats from a staffer as free speech and scored 15 out of 100 on the Human Rights Campaign’s recent Congressional Scorecard. Chambliss joins a list of other lawmakers that reads like a who’s who of Southern and Midtwest moralists we know all too well: Senate Minority Leader Mitch McConnell of Kentucky, Orrin Hatch of Utah, Lindsey Graham of South Carolina, Dan Coats of Indiana, Mike Crapo of Idaho, Charles Grassley of Iowa, Richard Shelby of Alabama, and Thad Cochran and Roger Wicker, both of Mississippi, reports Equality on Trial.

“There is no basis to equate support for the traditional definition of marriage with unconstitutional animus or ‘a bare congressional desire to harm a politically unpopular group,’” the brief says in part.

The Supreme Court is scheduled to hear arguments in the case in March. The Obama administration refuses to defend the law and federal judges have declared it unconstitutional, so lawyers led by Republicans in the Senate and House are using Congressional funds to fight the case. We can’t wait to bid you adieu in 2014, senator, even if the probable alternatives aren’t any better.