Save room for Rainbow Days after parties 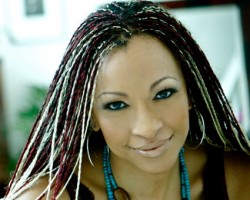 By all means, go balls out on Saturday during Rainbow Days at Six Flags. Hit those rides, soak up 80s pop princess Tiffany and DJ Cazwell, and dig into the big gay picnic. But save a little room to take the fun well into the night.

An anticipated 5,000 Ls, Gs, Bs and Ts are expected to hit Six Flags Over Georgia on Saturday for a day of amusement park revelry, entertainment and a picnic to end all gay picnics known as Rainbow Days at Six Flags. So it’s going to take some doing to get a second wind, but well, you have to.

Don’t worry. A concert by dance diva Debby Holiday (top photo) – we love her! – plus the Atlanta debut of hot touring DJ Phil DaBeatz (bottom photo) – he’s real cute – and other surprises in store will make it worth keeping pace at three Rainbow Days after parties. 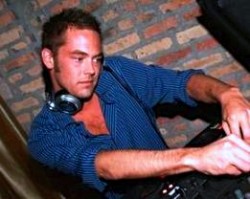 Yes, girl. Three! Depending on which way you’re headed and who you’re headed there with after tasting the rainbow of fruit flavors at Six Flags, you’ll want to check out the female-oriented post-park fun at My Sister’s Room, the OTP after party at LeBuzz, or the chock-full-o-nuts Jungle afterparty.

Even if you don’t go to Six Flags, the latter event features Holiday live in concert performing her new anti-bullying single “The Key” among other hits, and a cute gay DJ Atlanta hasn’t met before in the thumps of DaBeatz. To get in the mood, read our interview with Holiday, check out the music video for Holiday’s “Key,” or go download free DJ Phil DaBeatz sets.

Rainbow Days at Six Flags and the Rainbow Days Afterparties are just four of the Best Gay Things To Do in Atlanta This Weekend.