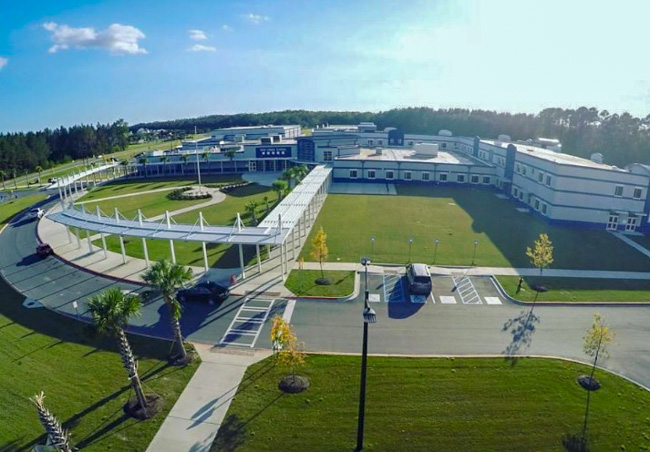 A Savannah-area school removed a transgender girl from a Valentine’s Day dance for wearing makeup and a blouse that officials described as a “costume,” according to the girl’s mother.

The principal at Rice Creek School in Port Wentworth also allegedly asked for “medical proof” that the 13-year-old girl is transgender.

An unnamed counselor and school principal John Sutlive “pulled my child from the dance and had her in isolation inside the school library,” according to a letter Charissa Mehojah sent to the Savannah-Chatham County Public School Board the day after the incident. Mehojah shared the letter with Project Q Atlanta.

A friend of the girl notified Mejohah, who went to the school to speak to administrators.

“[The counselor] specifically referenced the flower in my child’s hair, the makeup which I had put on her that morning and the ruffled blouse which my child was wearing with a pair of slacks,” Mehojah wrote.

The counselor called the items part of a “costume” and told Mehojah that students aren’t allowed to wear costumes at school, according to the letter. Sutlive then asked Mehojah if she had “medical proof” that her daughter is transgender.

“I said, ‘Okay we are done here,’ and I gathered my daughter to leave,” she wrote. “There is no such thing as ‘medical proof’ that a person is transgender.”

“Even if there were, it goes against doctor/patient confidentiality for a school to require such information in order to be treated with respect and acceptance in accordance to their basic human rights,” she added.

The Savannah-Chatham County Public Schools dress code does not prohibit any of the items the girl wore.

“The counselor and the principal made it worse,” Mehojah told Project Q. “I got tired of the people in charge ignoring the bullying and discrimination.”

She said Sutlive later apologized to her daughter, but that the school board has not responded to the letter.

Kurt Hetager, the district’s chief public affairs and administrative services officer, told Project Q that school officials had no prior knowledge of the girl’s gender identity, “which is unfortunate, as SCCPSS has a support plan available for students to ensure we offer a caring learning environment.”

“Additionally, the reference to the principal asking for ‘medical proof’ is not accurate,” he said. “Rather, the word ‘medical’ was referenced when explaining the basis for certain policy exceptions related to our dress code.”

The district regrets that the incident “resulted in negative feelings for our family,” Hetager said.

“Rice Creek School remains committed to all students and is working closely with the family to ensure the student is provided a supportive learning environment,” he said.