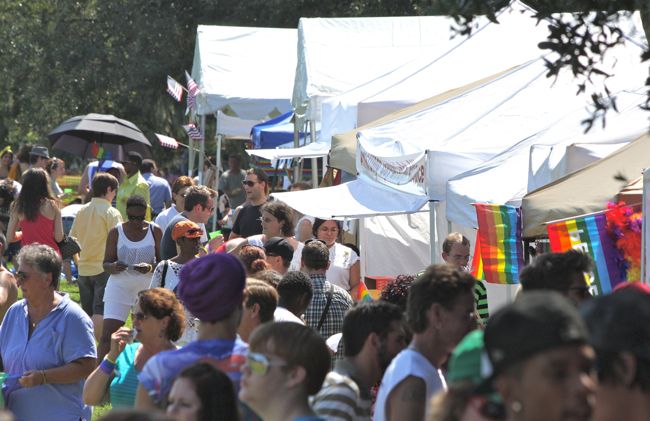 Hundreds, maybe even thousands, of people crowded a downtown park on Saturday for Pride. In Atlanta? Nope, not yet. This celebration of equality took place in Savannah – for the 12th consecutive year. The day-long event was more than a park full of gays downing cocktails and watching drag performances. There were speeches by LGBT activists, pleas from political candidates for gay votes, and enough live music to keep the outdoor fest rocking into dusk.

All of it unfolded in plain sight in Forsyth Park, Savannah’s largest and most prominent public space. Even the annoying din of anti-gay protestors, long a staple of Atlanta’s Pride festival, was nowhere to be heard. (Though Bible-thumping objectionists did take to local coverage of the event, fueling more than 140 comments on a Sept. 8 story, many of them anti-gay, and prompting Savannah Now to close the comments section. Similar venom has already started in post-event coverage.)

Savannah Pride’s festival was a family affair – besides the collection of shirtless hunks and lesbians in form-fitting tanks were babies adorned in rainbow accessories and children attending with their gay and lesbian parents. And unlike Atlanta’s celebration in Piedmont Park, this event was dog-friendly, too. The four-legged family members even had their own washing and cooling stations. A portion of the park was cordoned off for the event, with dozens of vendors tucked inside around the stage. People didn’t seem to flinch at the $5 Pride cover charge, something organizers put in place for the first time this year.

Political candidates stumping for votes included mayoral candidates Alderman Jeff Felser and Alderman Edna Jackson; Alderman Van Johnson and opponent Tonia Miller in District 1; and Pam Miller. Georgia Equality has endorsed Miller, a lesbian who is running against incumbent Mary Ellen Sprague for the District 4 post. Miller stopped in Atlanta in May to raise LGBT support and returns Sept. 21 for another fundraising reception. A March for Equality that steps off in downtown Savannah, originally set for Sept. 11, was rescheduled for Sept. 24. 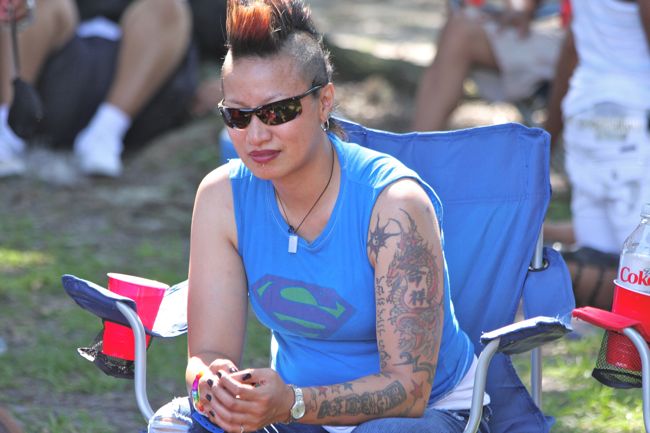