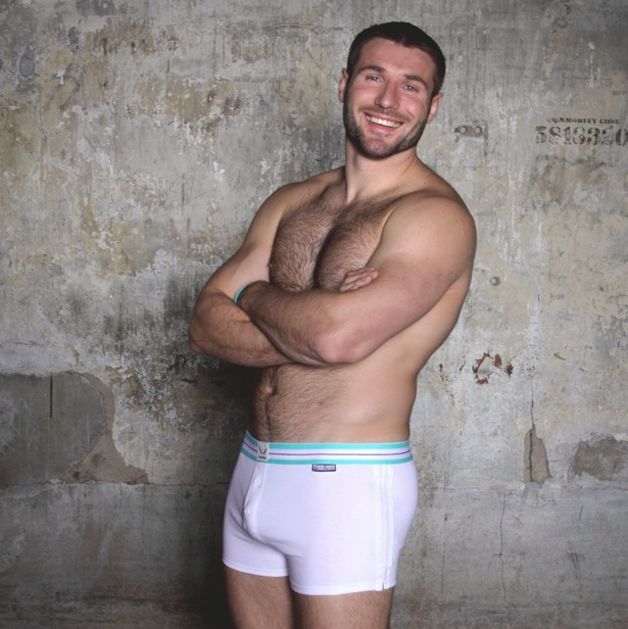 Sexy rugger Ben Cohen didn’t show them off during his Atlanta stop this week, but he’s got them: a new line of underwear from trunks to tighty whities. Yes, now you can finally buy this cuddle bear’s briefs.

The new line adds to the merchandise sold to support Cohen’s Atlanta-based StandUp Foundation. And ever so adept at marketing, Cohen himself models the product. Better yet, he’ll debut them on July 12 during his stop at Provincetown Bear Week. Grrr.

Of course this isn’t the first time Cohen has stripped down for the Morning Fix: He went all hoodie in April, posed for his 2012 calendar, offered up a sexy scrum, got wet for his 2010 calendar and hangs out with his rugby buddies.