Saturday: 11 gay things to do today

TOUCHDOWN: The National Flag Football League of Atlanta continues its spring and summer season with a set of four games. The league shifts to Benteen Park in South Atlanta before returning to Piedmont Park for Week No. 3 on April 25. 9 a.m. (View the Project Q Atlanta photo album from the league’s Opening Day.) 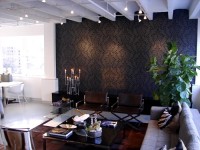 SHOW IT OFF: At least one gay-owned home is among the 10 featured in the annual Midtown Tour of Homes. Stops include a bed and breakfast on Piedmont to a loft on Peachtree and condos on Juniper. The show runs from 11 a.m. to 5 p.m. and again on Sunday.

THE HEAT: Some of the muscled Atlanta firefighters gracing the pages of the 2009 Georgia Heat Firefighters Calendar will be on hand to sign their calendar and take part in a charity fashion show. Urban Body Studios. 7 p.m.

HAPPY ANNIVERSARY: Celebrate with the Atlanta Eagle as the bar marks its 22nd anniversary throughout the weekend. The Mr. Eagle Leather and Mr. Eagle Bear Contest get kicked off at 9 p.m.

SPRING RITES: Take a road trip to Birmingham for the annual Rites of Spring. The gay dance party includes DJ Mark Tarbox for the main event, DJ Mike Pope for the After Party and DJ Shane V for the Sunday Tea Dance.

BALLS IN ATHENS: Celebrate 20 years of balls in Athens with Boybutante Ball, the annual fundraiser for the Boybutante AIDS Foundation. It’s the culmination of a week’s worth of events for the annual gathering, which ends with a brunch on Sunday. Let the dancing begin at 40 Watts in Athens, 10 pm. (Read more about Boybutante.)

DANCING TUNES: DJ Roland Belmares mans the table at the Heretic after an opening set from DJ Brian Beck at 9 p.m. The evening from Griffin Productions then shifts to the Body Shop for an after party at 2:30 a.m.

BACK BAR: The boys of the Atlanta Bucks Rugby Football Club are staffing the back bar at the Eagle tonight to raise funds for the team. The fun starts at 10 p.m.

SHEER INDULGENCE: There’s a little bliss in the plans for lesbians of color. Mystic: A Night of Enchantment offers “a night of delectable delights” at the Tower Gallery in East Point. 10:30 p.m.