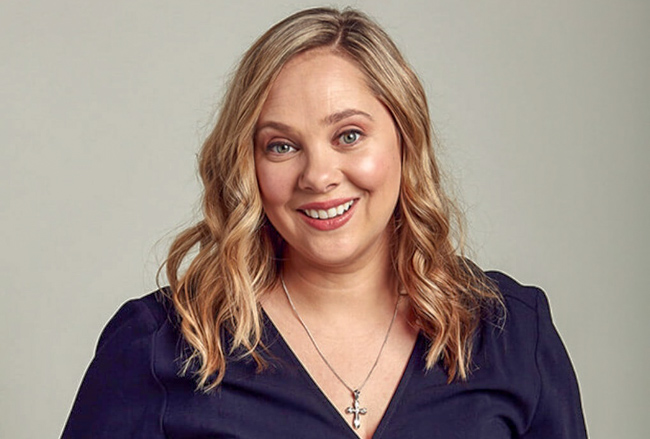 Sarah Riggs Amico is running to be Georgia's next lieutenant governor as an evangelical Christian that backs LGBTQ equality and strongly opposes anti-gay “religious freedom” bills. But her support for progressive issues doesn't stop there.

“I know that confuses a lot of people to be a pro-labor, pro-choice, pro-marriage equality, pro-gay rights Christian,” Amico (top photo) told Project Q Atlanta while campaigning in South Georgia recently. “I personally think it’s quite consistent with my beliefs.”

The first-time candidate is executive chair of Jack Cooper, a car-hauling company with 3,000 employees nationwide. Her father Mike Riggs is the company’s CEO.

Endorsements by Georgia Equality and Georgia Stonewall Democrats likely helped her in the primary, and one recent high profile endorsement is sure to help her in the general election. Amico, 39, was one of only four Georgia candidates endorsed recently by former President Barack Obama.

Amico leaves no questions about where she stands on anti-LGBTQ “religious freedom” bills like HB 757 and legislation that would have allowed faith-based adoption agencies receiving public funds to refuse to serve LGBTQ parents and children. That bill passed in the Senate earlier this year before stalling in the House.

“The government will recover from the idiocy of any one era or individual, up to and including the president,” she said. “The church is not so resilient. I think we will pay for a generation.

“I would say to my fellow Christians, it’s time for you guys to get up and do the work too. If you don’t like gay marriage, fine — don’t have one. But, civil rights is a thing that we need to be vocal in protecting,” she added.

If she were to beat Duncan in November, Amico would preside over a Senate with a Republican majority, even if Democrats are able to pick up several seats this year. In that role, she’ll be able to set the order of debate on legislation.

“On the other hand, if someone wants to put one of those bills making sure we have appropriate inclusive nondiscrimination laws and hate crime laws, if they want to expand opportunity and they want to reinforce civil and human rights, we’ll make sure that goes right to the top,” she added.

Amico said her experience often being the only woman on a management team or in the boardroom led her to diversify the leadership of her company.

“Even if somebody isn’t sure that [diversity is] a priority for them, most people prioritize economic opportunity and a path to prosperity. Those things are strengthened by being a more diverse and inclusive ecosystem, whether that’s your citizenry, your government or your company. Diverse nations and organizations win,” she added.

When asked where her support for LGBTQ rights originates, she referenced former President Jimmy Carter’s quote about America not being a melting pot but instead a “beautiful mosaic.”

“The whole point was each individual tile, each individual element brings its character, its vibrancy, its best traits to the table to make the country stronger,” she said. “For anybody to believe that the LGBTQ community isn’t a part of that beautiful mosaic at this point in our history, they’ve just missed the point on what it is that makes this country great.”