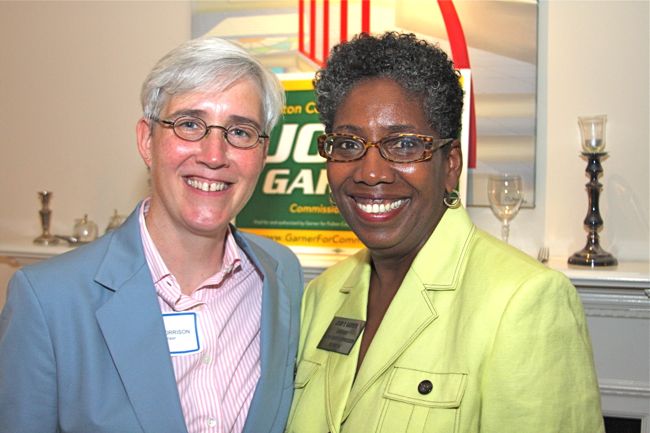 Run afoul of the law in Sandy Springs and your case might come across the desk of Jane Morrison, a lesbian attorney and the newest member of the legal team for the Fulton County city.

The appointment adds to the already-impressive resume of Morrison, one half of a lesbian power couple in Atlanta. Morrison is the longtime partner of Joan Garner, a Fulton County commissioner who became the panel’s first openly gay member when she took office in January.

“Jane brings a wealth of experience to the Solicitor’s Office,” Sandy Springs Municipal Court Chief Solicitor Bill Riley says in a press release. ”Jane has worked with me since she was a prosecutor under the 3rd Year Practice Act in the Fulton County D.A.’s office under Lewis Slate. Her career not only includes prosecution skills, but Jane also served as a judge in the criminal courts of Fulton County. That experience adds a unique perspective to our solicitor office.”

The city of Sandy Springs announced the appointment on Nov. 23, though Morrison was sworn in earlier this month. The announcement included mention of Morrison’s role in organizing the Stonewall Bar Association of Georgia, a statewide group for LGBT attorneys. Morrison served as the group’s second president from 1996-97.

More from the city’s press release:

Jane Morrison entered the practice of law in 1994 upon graduation from Northeastern University School of Law in Boston, Massachusetts. She practices in the State of Georgia for the past seventeen years and is admitted to all Georgia courts, US District Court, and the US Court of Appeals, Eleventh Circuit. Jane opened her own firm in Atlanta 2004 and practices full time from her downtown office located at Studioplex on Auburn Avenue.

Jane has served as part judge in the City of Atlanta Municipal Court and in Fulton County Magistrate Court. She also served as an adjunct faculty member at Georgia State University. Jane was instrumental in founding the Stonewall Bar Association; Georgia’s gay and lesbian bar association in 1995 and served as the second president of the organization. Jane served as Regional Director for Lambda Legal, the national gay and lesbian civil rights law foundation from 1997 to 2000, and recently completed her second term as a member of Lambda Legal’s national Board of Directors. Jane is a 2001 graduate of Leadership Atlanta.

Jane received her Bachelor’s degree in History with a minor in Women’s Studies from Boston University in 1987. She previously studied classical music as a trumpet player at the Eastman School of Music in Rochester, New York.