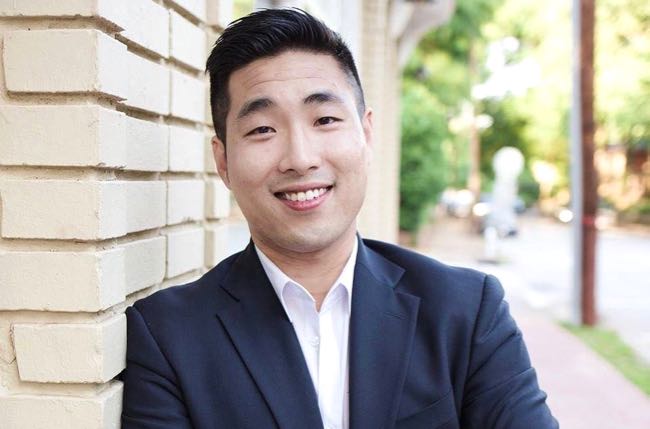 Gay attorney and Korean-American Sam Park made history on Tuesday and did what 15 other gay men have tried and failed to do – win a seat in the Georgia House.

Park was embraced by LGBT groups and activists, helping to counter the support Clark received from some of the General Assembly’s most powerful Republicans.

“The election of an openly gay man to the Georgia General Assembly represents just one more step on the road to full equality for LGBT people in Georgia,” Jeff Graham, Georgia Equality’s executive director, said in a statement late Tuesday. “Sam Park will join a growing number of elected officials who will fight for the rights of LGBT people as we push for full state-wide nondiscrimination laws in the coming legislative session.”

“Not only is the election of Sam important for the LGBT and Asian-American communities, it is also an acknowledgement that Georgia voters are rejecting the politics of discrimination,” Graham said.

“It would be an honor to win as the first openly gay man elected to the state legislature, and I hope it gives young, gay kids hope that there is a brighter future, that there is nothing that stands in their way just because of who they are,” Park told Project Q Atlanta last week.

Drenner faced no opposition in her re-election on Tuesday, while Waites easily dispatched Republican challenger Ralph Nobles 92 percent to 8 percent. Cannon, who took office earlier this year after a special election, easily won her first full term without facing a challenger.

But Park’s electoral magic didn’t rub off on the other gay man running for the state House. Bob Gibeling lost his rematch to state Rep. Beth Beskin 60.74 percent to 39.26 percent in the House District 54 race that includes Buckhead and West Midtown.

Beskin, who dwarfed Gibeling’s fundraising, received nearly 5,000 more votes than Gibeling – 16,426 votes to his 10,618. But Gibeling did improve his vote take from 2014 when he first ran against Beskin. He lost that race 59 percent to 30 percent.

Beskin has supported LGBT equality efforts and bucked the GOP to vote against “religious freedom” legislation earlier this year.