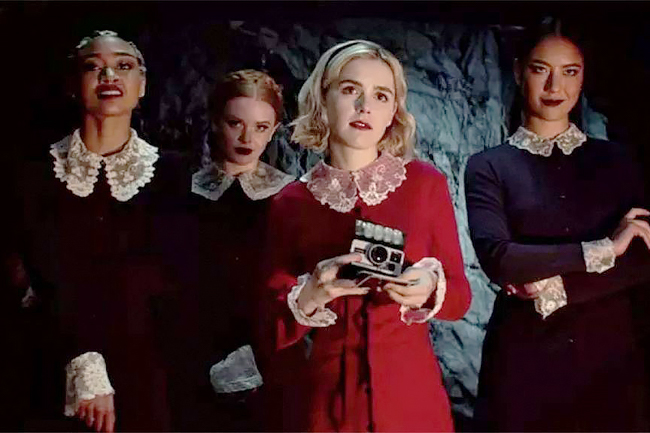 Pop Culture can be a minefield for queer people. Sure, to some, it is our birthright, and we consume it with fervor. To others, our consumption is tied to the way we perceive the world. Pop culture is often where we find ourselves represented before we venture into the world to meet actual members of our tribe. The characters and stories we find that motivate us are the mythologies upon which we build our identities.

As queerness becomes more visible, it is changing the landscape of pop culture as well. The phenomenon that is RuPaul’s Drag Race is the tip of the queer spear piercing the mainstream heteronormative patina, and there is more representation of queer people in mainstream pop culture than ever.

With more representation comes good and bad examples, often within the same show.

Take Netflix’s Super Drags. Please. Take it out back and put it out of its misery. In a collision of nerd and queer culture, within the first few minutes of the show, a drag queen stops to grab the albeit ample crotch of an unconscious man, thus setting the cringe worthy tone of the entire series.

Here’s a show that thinks it’s helping but ultimately portrays queer people as vapid, preening, ageist imbeciles that can’t help but succumb to their craven cock lust at any given moment — all of it played for laughs. I know some are thinking “I know a lot of queens like that,” and that is fair, but are all queens you know like that? Because that is the how the show presents it. It reinforces the most negative stereotypes about ourselves but is dressed up in drag and sold as an empowerment story.

Another recent Netflix offering does better with queer representation in some areas, and much worse in others. In The Chilling Adventures Of Sabrina, there is an underlying feminist power in the face of a smothering patriarchy. The premise is that witches are real, and in exchange for supernatural powers, they pledge servitude to a Dark Lord. Sabrina bucks this tradition and carves out a path for herself as an empowered modern woman combatting the constraints of an antiquated mold.

In that the creators of the show are successful and wildly inclusive in their representation of pansexuality and polyamory, they do remind us of the perils of being queer or even being perceived as queer — even in this fantastical world. In one of the “chilling adventures,” Sabrina addresses bullies who antagonize and ultimately assault one of Sabrina’s friends who presents gender nonconforming.

Sabrina’s retaliation is to lure the bullies, four popular football players, to a remote location and use magic to make them think they are making out with Sabrina and her sexy witch friends. But they are revealed to actually be making out with each other as Sabrina takes pictures of them. The pretense of the show being a progressive feminist allegory slips as Sabrina essentially blackmails these presumed heterosexuals with the threat of telling everyone that they are gay.

Considering the historical precedence of this type of blackmail occurring to real queer people, it leaves a bitter taste for the rest of the series.

Maybe it represents how modern white feminism has its own failings in how it intersects with queer people. Maybe it’s meant to show that by weaponizing queer expressions of intimacy, co-opting other minority struggles ultimately hurts those communities as their voices are being prioritized behind those of white women… but I doubt it!

You almost forget about this storyline completely until two of the bullies surface again towards the end of the series and again try to harass Susie. This time, the threat to reveal their secrets stops them cold.  Their secrets — one was molested as a child and the other is secretly in love with the other boy — double down on the use of fear and shame that has historically been a weapon to silence and control queer people.

I’m not siding with the bullies in the story. I am taking issue with the punishment. To see same-sex intimacy weaponized as a tool of heteronormative patriarchal oppression in a show being praised for its feminism is disappointing.

It will ultimately take queer people telling these stories, being in the writing room on shows, that will have the biggest effect on reflecting our lives and struggles. Until then, we need to identify the negative representation and be vocal about it. Until then, I’ll keep watching and clocking.

Ian Aber is a comedian, columnist and culture enthusiast in Atlanta. He is both a good witch and bad witch.

This column originally appeared in Q magazine. Read the digital version of the full issue below: