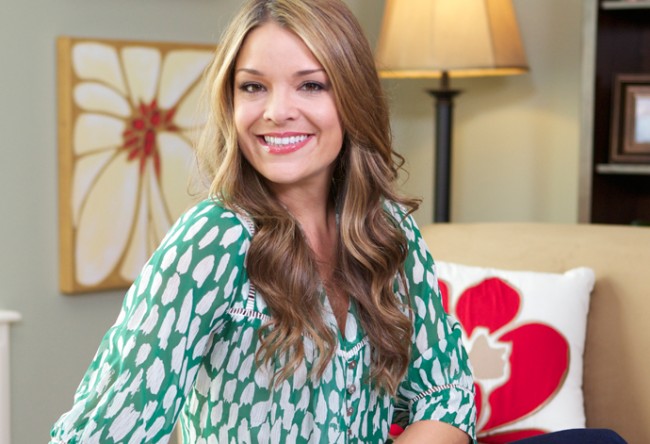 Where can you get your gay cocktail on, meet HGTV sweetheart Sabrina Soto, view artwork by Atlanta’s CBS “Better Mornings” gay hunk Brandon Rudat and check out fabulous furniture? Only on Friday at the gay-owned Bobby Berk Home.

The “Modern Life” event may be your first introduction to the gorgeous showroom of modern and mid-century inspired furnishings brought to you by Berk, but Friday’s event also means stylish, celebrity-aware, community-conscious extras for your big gay heart. Target spokesperson and “High-Low Project” host Soto (top photo) signs her best-selling book “Home Design” as the main attraction, and Berk says his friend’s winning personality fits right in with the vibe of his store. 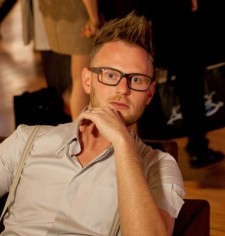 “The thing I love about Sabrina is that she’s genuine,” Berk (middle photo) tells Project Q Atlanta. “The sweetheart that you see on HGTV is really that person. I was blown away by how warm and friendly ad loving she is.

“We both have a modern aesthetic at affordable prices, but the friendliness is what really aligns her brand and ours,” he continues. “We want people to feel they can come hang out with us in our stores. People walk in and tell us they feel like they’re visiting someone’s home and can relax. Sabrina’s the same way.”

Besides getting to hang out and chat with Soto, Berk and other guest fabarazzi, the Modern Life event will also introduce you to a new side of Rudat (bottom photo), who’s journalism comes with a tattooed big-ol’ teddy bear image gracing CBS46 every weekday. Like when he interviewed rugby stud Ben Cohen about anti-homophobia, bullying and gay marriage in advance of Atlanta’s “Legalize Gay” screening. But Rudat serves up a whole new side of himself at Bobby Berk Home on Friday: his vibrant graffiti-inspired work as an artist, which gets its big Atlanta launch as an in-store exhibit at the event.

“My art definitely has a specific audience,” Rudat tells us. “I walked into Bobby Berk Home and was blown away. My art goes well with that modern style that Bobby carries in the store. I love sleek, clean lines in furniture, and that’s why I think the bright colors and graffiti approach in my artwork really set it off. It’s about contrast. I like the juxtaposition of it. I like that kind of alter ego in a home.”

“The thing about Brandon’s art is that it’s very bold, but it’s very approachable and brings the urban city into your home,” Berk says. “Our customer is very urban, and city living makes Brandon’s art perfect for us. Bring a little New York flair to your home.”

Rudat, who’s been out since 19 and doesn’t see himself as a gay role model, does lend his name to gay causes since arriving in Atlanta more than two years ago. He’ll raffle one of his paintings at the event to benefit Positive Impact, Atlanta’s HIV/AIDS mental health agency. A signed copy of Soto’s book also benefits Positive Impact.

We really don’t need to make Modern Life any gayer than that to get you there, but there’s more to be had: Complimentary cocktails by High Liquors and Sinless Mixers as well as light bites provided by the W Midtown Atlanta’s Spice Market.

Seriously, you’re asking for more reasons to attend? OK, you got it.

“It’s going to be such a fun event,” Berk promises. “Sabrina is so approachable and friendly, and you’ll have an opportunity to literally hang out with someone who really wants to just hang out with people. It’s going to be a blast chilling with her, us, Brandon and tons of people you’ll really enjoy hanging with, including other HGTV celebrities.”

“There’s also a 25 percent off sale on all seating, cool furniture of quality that lasts so long your kids will fight for it when you die,” Berk says. “But we purposely try not to be fancy but relaxed, and that’s what you’re going to get at this event or any time you visit.”

The Modern Life cocktail reception with Sabrina Soto and Brandon Rudat takes place at 7 p.m. on Friday, July 27, at Bobby Berk Home. It’s just one of The Best Gay Things To Do in Atlanta This Weekend.