‘RuPaul’s’ Willam lets Atlanta have it 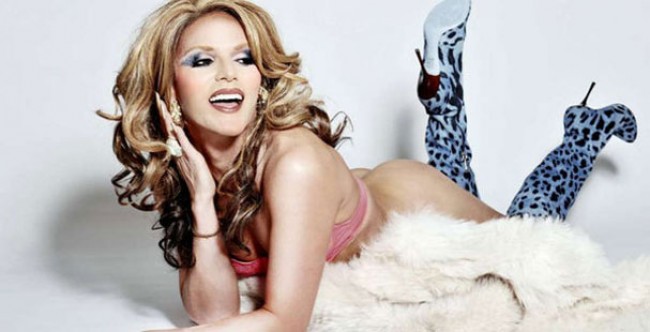 Actor, scandal monger, “Drag Race” alum and drop-dead beauty Willam Belli checks in on her past, present, future, Chick-fil-A and Swinging Richards as she gets ready to hit Jungle Atlanta on Wednesday.

In the revealing interview below, Willam makes clear that this queen knows how to market a public image. But her gay Atlanta fans already knew that, didn’t we? After all, Willam’s music video send-up of Wilson Philips and takedown of Chick-fil-A went viral on the same day that the “RuPaul’s Drag Race” episode aired on which she got disqualified for leaking “Drag Race” secrets and having conjugal visits with her boyfriend while the show was still taping.

So before Willam becomes Phoenix and Nicole Paige Brooks’ latest Fantasy Girls guest, following in the footsteps of Sharon Needles (keep up), Latrice Royale (view photos) and other “Drag Race” alums, we get the skinny from the horse’s mouth on all the burning questions we could think to ask.

As an established actor, why did you decide to do RPDR in the first place?
Basically, they had a check, so I had a talent.

You’ve done TV, movies, stage, music and drag. Which is your favorite and why?
Once you pay the whore, you can make her do whatever you want. I don’t care. As long as the money’s on the dresser – or the dressing room, guitar amp, or honeywagon. Seriously. I can’t choose. I love everything about performing for anyone, cameras or not. Drag is fun.

Who are your biggest influences, both in drag and in your career as a whole?
Careers I like are Charles Nelson Reilly, Charles Busch, RuPaul, Missi Pyle, Jack Plotnick. For drag, I have to say Leigh Bowery and RuPaul, and of course the LA surge queens Detox and Vicki [Willam’s costars in the ‘Chow Down’ Chick-fil-A takedown].

You’re so versatile in your talents. What else about you haven’t we seen that might surprise people?
That I was on a dodgeball team. I was horrible and stoned at every game, but it was the only way I wasn’t afraid of the balls. I know. Shut up.

What motivates you to keep going and going?
A rolling stone gathers no moss. I don’t wanna get dusty. I like creating.

What can Atlanta expect when you hit town for the Fantasy Girls show on Wednesday?
Well I dunno. Depends what pair of panties is clean. I’ll probably sing and wear something whorey and then drink all the alcohol in the bar.

Has interest in the “Chow Down” video resurged with the latest hubbub, and what’s your take on the whole Chick-fil-A mess anyway?
I think Detox, Vicky Vox and myself are kind of accidental activists. We saw it coming, we just didn’t know it would hit like this. I love that it’s had a resurgence and now people are seeing it who genuinely care about the issue and not just because I had the good sense to release it during my disqualification.

Now that the world finally knows “What did Willam do?” to get the boot, and the show has embraced you as an alumnus, how did you feel about it at the time, and what’s your take now on how it all came out?
Is that really what I did? Hmmmm… being under contract, one tends to play by the rules … But wait: Was I supposed to inform someone my boyfriend was there? I don’t see how I broke the rules now that you mention it. Either way, my idol told me she was proud of me and at Drag U orientation day told the other girls there that I “got a gold star” and that the other girls should take a note from me on to further the brand. That was like surreal for me to have Ru pay me such a compliment in front of stellar sisters like Raven and Jujubee.

What have you been working on lately?
I’m on the second episode of “CSI” this upcoming season playing a showgirl named Dahlia, and my album comes out at the end of September. Also, I interned at Logo for a week but mostly just stole office supplies.

What else do you want to let the Atlanta queens know before meeting you on Wednesday?
The best queen ever came out of Atlanta [RuPaul], and I’m looking forward to stomping ’round on her turf. That. And I hope Swinging Richards got that leak in the ceiling fixed. I wanna get wet from a lap dance not cause the roof is fucked, y’hear?!