Oh, snap. “RuPaul’s Drag Race” season two winner and now Atlanta resident Tyra Sanchez got busted Tuesday in Gwinnett County. We must have missed the episode where Ru shows the contestants how to take a toke.

Tyra, now known to Gwinnett police by the more formal James William Ross IV, was picked up Tuesday night. That’s when the car he was a passenger in was stopped on I-85. The whiff of marijuana knocked the officer on his heels like a bad drag number. 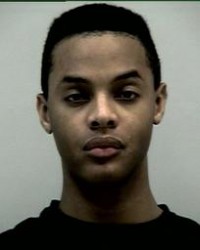 Ross, 23, was charged with marijuana possession, according to the Atlanta-Journal Constitution. He sashayed away from the Gwinnett County jail Wednesday afternoon.

The driver, Christopher Demaurius Smith, was charged with marijuana possession and a windshield violation, which is what led to the traffic stop.

TMZ offered this tidbit from the arrest report:

Arrested over a freakin costume? WTF? Something must and will be done.. I’ve never been so terrified and traumatized in my life. Still shaken up… But as a champion I must continue on my journey to North Carolina..!

The biggest shocker of the troubled late-night drive? Tyra was a passenger in a 2005 Chevrolet Impala. A Chevy! Ru would so not approve.

At least he didn’t have sex slaves in the Impala like that other Atlanta drag queen.