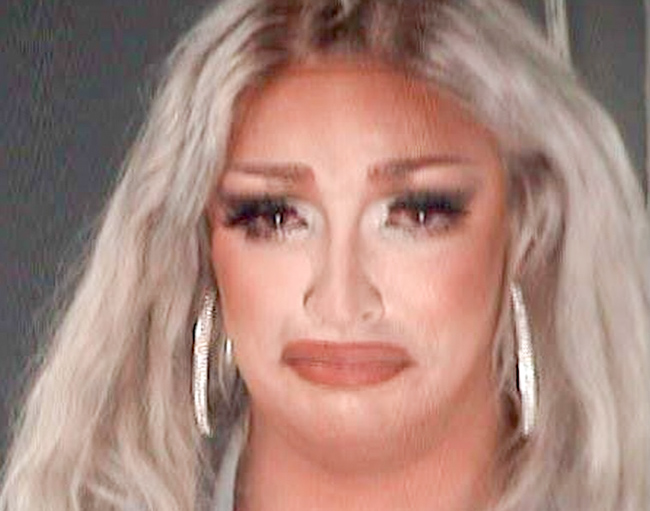 The entertainer also allegedly called a customer a “white racist.”

The trouble started after Ten employee Jacob Brody asked for a picture with Tatianna (photo, detention center mugshot) and she agreed, according to the Atlanta Police Department.

Tatianna allegedly followed Brody to the back of the bar, and he warned her the area was for employees only. The situation escalated from there, according to Ten Atlanta owner James Nelson.

“She started screaming at him that [a customer] was a white racist,” Nelson told Project Q Atlanta.

Brody brought over one of the police officers Nelson hired for the evening, but Tatianna allegedly refused to go quietly.

“Officers arrived on scene and attempted to peacefully escort [Tatianna] from the location, but [she] refused to comply to repeated requests to leave peacefully,” according to Atlanta police.

Police arrested her for disorderly conduct and transported her to the Atlanta City Detention Center.

The story made TMZ, which has a picture of the entertainer talking to police outside the bar.

Tatianna has since been released. She said on Twitter on Monday that there “was no violence or ridiculousness.”

“I'm crying in the picture because I was scared and had never been in that position before,” she wrote. “Wish I would have just smiled.”

im fine! It was a dumb situation that I wish didn't happen but shit happens and people make mistakes. There was no violence or ridiculousness. I'm crying in the picture because I was scared and had never been in that position before. wish I would have just smiled. https://t.co/36Oxb0tsvn

Tatianna is keeping her sense of humor about the incident. She announced the release of a “Disorderly Conduct Collection” featuring her mugshot on shirts and coffee mugson Instagram on Tuesday.

Tatianna performed at the Marquee Club at the Fox Theatre for an Atlanta Pride parade party on the day of her arrest. She was on Season 2 of “RuPaul’s Drag Race” alongside local girls Nicole Paige Brooks and Sonique.

You asked so you shall receive! The Disorderly Conduct Collection with @dragqueenmerch Buy yours today!