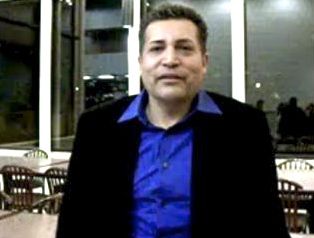 A gay north Georgia businessman who was in the check-cashing business was shot during a robbery on Thursday and later died from the injuries he sustained in the attack. Funeral services are scheduled for Monday in Gainesville for David Sanchez-Ibarra (photo), 46. He was ambushed by at least two men on Thursday as he and an unidentified woman drove into the parking lot of Victory Processing in Gainesville to cash checks for employees, according to the Gainesville Times. Sanchez-Ibarra was critically injured and died later at Northeast Georgia Medical Center. The woman was not hurt. The suspects stole his vehicle and an undisclosed amount of money. Greg Bautista, a friend of Sanchez-Ibarra, said the victim was gay and the owner of a Latin boutique in Gainesville, Joyeria y Novedades Latinos. Sanchez-Ibarra supported community activities and sponsored HIV prevention efforts at a gay community center in Gainesville, Bautista told the GA Voice. "We always knew that if we ever needed help for any charity, we could always turn to David and his family for support. He had a kind heart and will be missed greatly,” Bautista told the LGBT media outlet. Police say Sanchez-Ibarra and his companion were targeted. His car was recovered a short distance from the robbery but no suspects have been arrested. Bautista posted to Facebook on Saturday that his friend will be “sorely missed.”

Gainesville / Hall County has lost a special person this week in the passing of David Sanchez, who was a good friend of literally thousands in our community, including myself. He will be sorely missed.