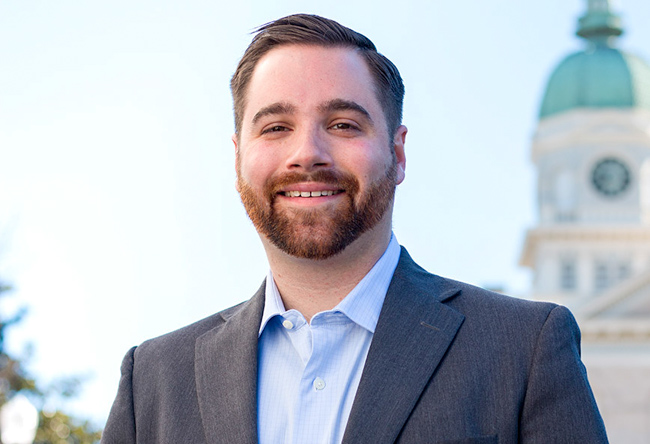 Entrepreneur Richie Knight has a chance to become the first Latino and first openly gay mayor in Athens history when voters head to the polls Tuesday.

The political newcomer and self-described independent said he realized he wanted to run for mayor after serving on a number of boards and committees in the northeastern Georgia city, which he noted did good work.

“But it was just extremely disjointed,” Knight told Project Q Atlanta. “There was no vision at any point that was really bringing those things together, and certainly not moving it in a forward direction.”

Knight is running on a 21-point strategy that mixes progressive social views with business-friendly economic plans.

“That’s something that our commission has failed to do. Half of them have failed to do it and the other half doesn’t even think it’s necessary,” he said. “I really feel like our leadership in Athens and a city like this should set the tone for our city, and that tone is that we’re not open for discrimination in any form. And certainly we’re not open to that when visitors come into Athens, whether it’s for a football game, to come to school here or whatever, we should have a way we do business and that should be articulated from the top down.”

Knight said he’s received anti-gay emails and phone calls during the campaign, including one call he posted on his personal Facebook page earlier this month.

“No faggots for mayor of Athens,” the caller said. “No fake men, only real men. We don’t need any perverts trying to tell us what to do and trying to run our city government. No faggots.”

Knight hasn’t shied away from discussing being gay on the campaign trail when the timing is appropriate.

“I don’t want to be the first gay or LGBT anything. I’d rather just be a guy who cares about his city who also happens to be in the LGBT community,” he said. “But I’ve spoken up about it at multiple forums when I felt that it was necessary. I do think that someone has to speak up for rights that don’t exist here, certainly for generations to follow what I’m doing.”