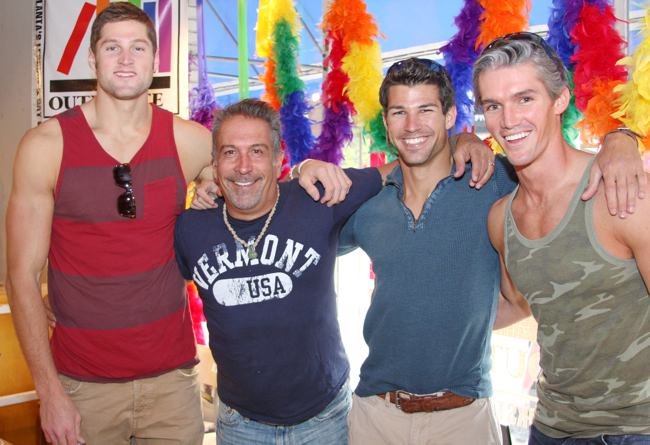 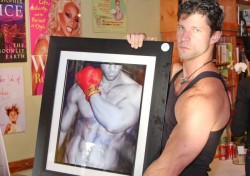 When accomplished hair stylist Richie Arpino traded his scissors and comb for a camera, who knew we’d get to benefit for years to come? He did it again on Sunday when he unveiled several of the hunks spread across his latest calendar. Arpino – half of the Atlanta A-list couple that includes restaurateur Mitchell Anderson – brought his models to Outwrite on Sunday to show them off and sign calendars. After all, this hunk factor is all packed into his 2012 calendar to raise funds for local AIDS and cancer charities. On Sunday, proceeds from the event benefitted Pets Are Loving Support. 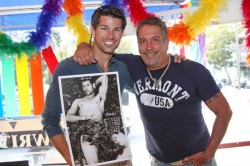 With Arpino (top photo second from left) during the event was nearly half a year of calendar men, including former Georgia Tech and pro footballer Colin Peek (top photo left) and Stephen Holloway (second photo), who’s been buzzing around LGBT events lately as a Vodka-toting gladiator. Also inside this edition, though they didn't attend Sunday's event, are local model Adam Gates -- who's done the Pride parade and past Arpino shoots -- and Rodiney Santiago from Logo's "A-List." He's been a favorite of the Morning Fix. It’s the sixth calendar from Arpino. Our faves include the 2009 edition that splish-splashed around with its hunks. There was also his book, “Men in Black | White.”