Ria’s to briefly re-open after death of its owner 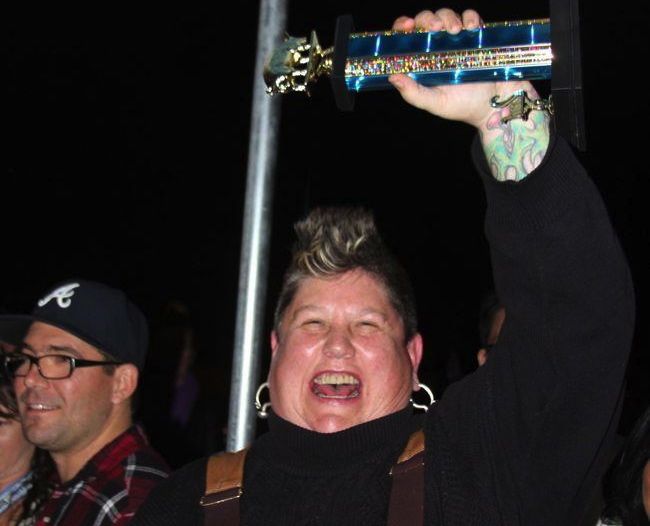 Ria’s Bluebird will open on Wednesday and serve fans and friends mourning the death of owner Ria Pell until the food runs out.

The restaurant announced the opening on Tuesday, two days after Pell (photo) died of an apparent heart attack. The front doors to the Memorial Drive restaurant, which Pell opened 13 years ago, became a make-shift memorial to the dyke of deliciousness who’s wowed supporters, foodies and even “Chopped” with her culinary chops.

We will be open tomorrow November 27th in honor of Ria Pell.

We are accepting donations in her name. Open at 9:00 AM until we run out of food.

We are closed November 27th thru December 2nd.

Thank you for all your support and love…