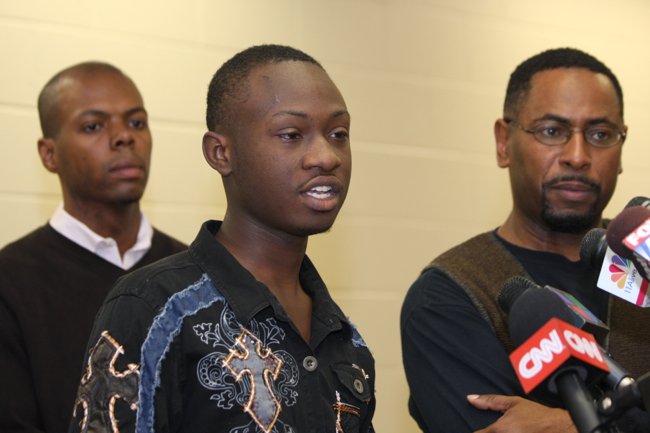 Elected officials in Atlanta and Crime Stoppers have boosted the reward fund for tips in the anti-gay beating of Brandon White to $11,000.

Mayor Kasim Reed on Wednesday doubled the $5,000 reward from Crime Stoppers for information leading to the arrest of the gang members involved in Saturday’s attack to $10,000. City Council member Cleta Winslow, who represents District 4 where the beating took place, offered an additional $1,000 for tips.

Reed, Atlanta police and U.S. Attorney Sally Quillian Yates are urging people who know anything about the attack to come forward and talk with police or leave anonymous tips with Crime Stoppers.

“What we’re going to do is work with the FBI until we find every single person that was involved in this horrible incident and bring them to justice,” Reed told Fox 5.

Winslow said she hopes the rewards prompt people to come forward with information about members of the Pittsburgh Jack City Gang that attacked White, recorded the assault and posted the video online.

“I was appalled and saddened when I heard that this young man was accosted so viciously in our community,” Winslow said in a prepared statement. “Such activity must not and will not be tolerated in our neighborhoods. I am encouraged that our police force has increased patrols in the area, and I am confident that the perpetrators of this horrendous crime will be found and brought to justice.”

White (top photo center) spoke out about the attack for the first time during a press conference on Wednesday. He called his attackers “monsters” and urged other victims of anti-gay attacks to report the incidents to police.