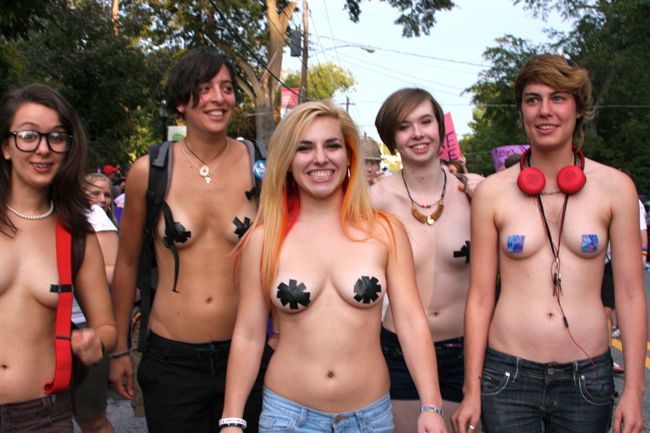 With a renewed vigor courtesy of new blood and a commitment to make 2011 the biggest and queerest in years, the Atlanta Dyke March stepped off Saturday with an estimated 600 people.

Decidedly political in earnestness but undoubtedly joyful in spirit, lesbians and quite a few male allies gathered at the Charles Allen gate of Piedmont Park, and it quickly became clear that months of planning and promotion paid off in turnout. 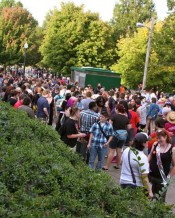 What was political about it? Click through our gallery and watch for the signs – literally – calling out not just in favor of civil rights, radical queerness and equal love, but also against arch conservatism, Wall Street greed and immigration reform, to name a few. Of course, there were also the requisite bare breasts (top photo), the Dyke March’s tried-and-true statement on gender equality.

Making the event more than the traditional evening march along 10th Street, the Dyke March this year was preceded by the We Are Family Picnic at Piedmont’s boat dock in the afternoon and the Lesbian Makeout Flashmob as the marchers took their places.